By Raphaëlle Kerbrat
An electronic device, 2017 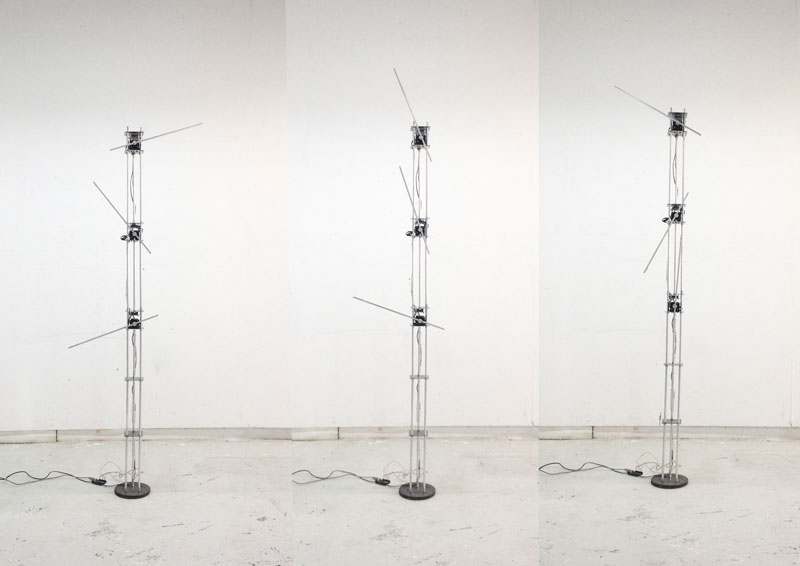 Stepper motors, aluminium, sensors. 250 x 20 x 20 cm.
The device is based on the principle of the optical telegraph, the semaphore. It is equipped with three aluminium arms which are activated according to the thermal variations emitted by the engines. The position of the semaphore arms determines an alphabetical code. The use of a communication instrument based on alphabetic language allows the public to read its expression almost directly. Sémaphore’s operation is based on the energy losses that the device generates in real time. By using its own losses as an active operating principle, the device reveals something of itself. An ecosystem that becomes absurd, because the losses generated by the system will themselves create other losses that will also act on the device.