A research & creation axis for the Reflective Interaction group of Ensadlab

Why and how may we experiment and create interactive dispositifs [apparatus] for a large number of people sharing a space, equipped with mobile, personal networked technologies (smartphones, tags, wearable computing, etc.) in ways that will instigate in situ collective interactions or emerging forms of cooperation?

Until the end of the 20th century, interactive installations were generally intended for individuals, and less frequently for groups of spectators. It was in the 90s that networked projects were developed focusing to a greater extent on collectives. The distributed communication system advanced in these projects investigated for the most part remote forms of cooperation through personal computers (PCs) or other devices. The same approach to collective relationships prevails in the “social networks” of today, however, now mediated in individualized interfaces through personal mobile devices.

How may we conceive then, experiment and create physically and geographically situated humans with their devices that stimulate collective interactions and cooperations, and generate active and shared aesthetic experiences? How can we promote co-presence (here and now) as well as joint action by deploying shared installations and exploiting personal mobile devices (smartphones, RFID, IoT, etc.)? Such complex relational configurations entwine different types of mediations at the same time as direct relationships between members of an audience — often spontaneously and possibly varied types of interactions between up to hundreds or even thousands of participants. How can each and every one be a constituent part of such a structure all the while navigating through it? How should the interaction be designed as to be deployed both in relation to the technological device and the human participants? How can we think emerging processes or forms of control as distributed and centralized? How to design such devices that necessarily combine artistic, media, technical and socio-political dimensions?

Still uncommon today, such complex relational configurations are likely to emerge, especially in public or semi-public spaces, such as museums, auditoriums, halls of large institutions, public squares, railway stations, airports, stadiums and even cafés, restaurants, markets or other shopping centres.

To produce and experiment such devices, the Reflective Interaction group developed Mobilizing.js, a programming environment for mobile screens intended for artists and designers: mobilizing-js.net. 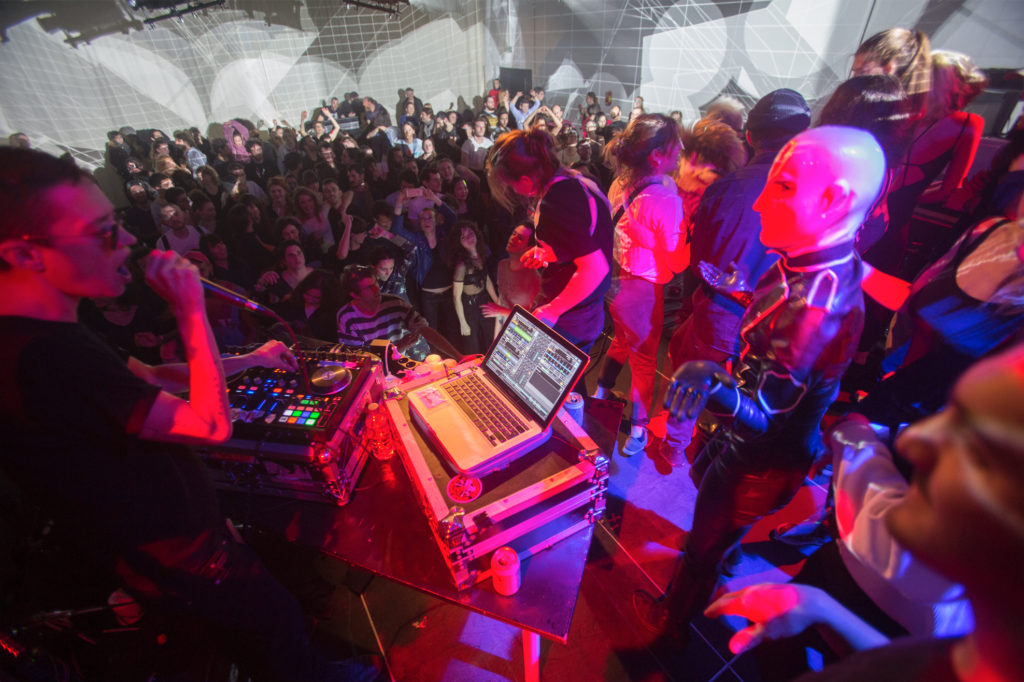 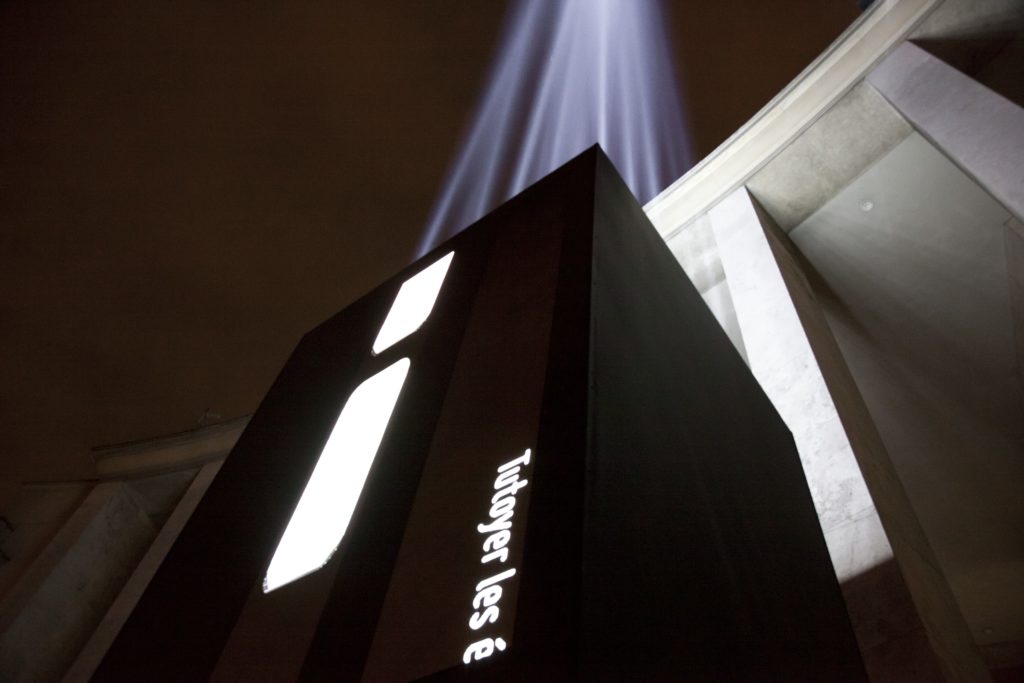 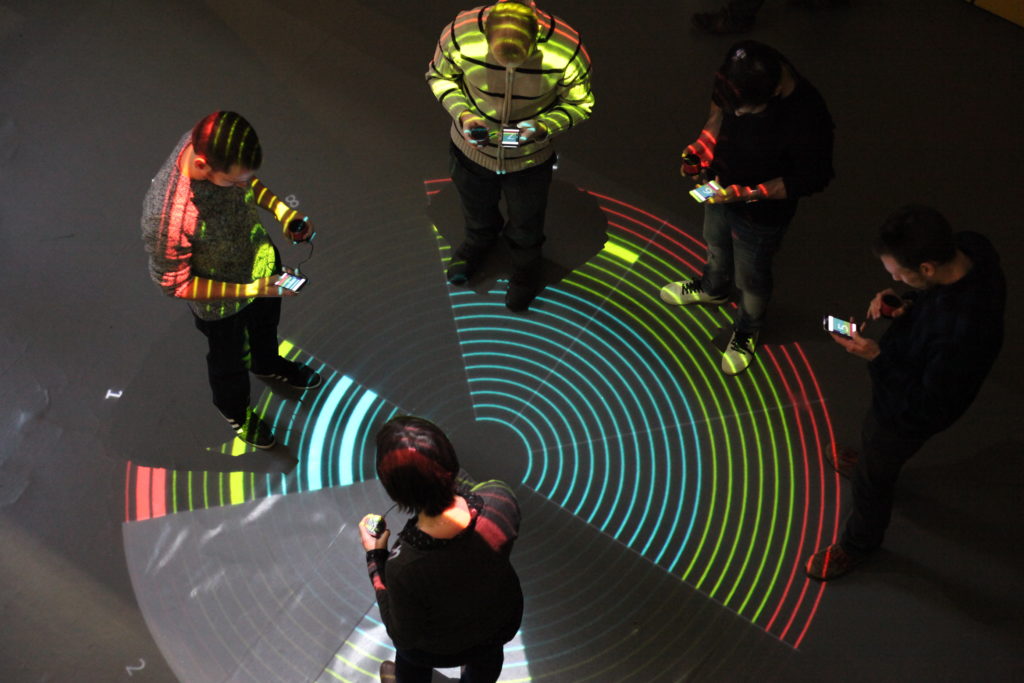 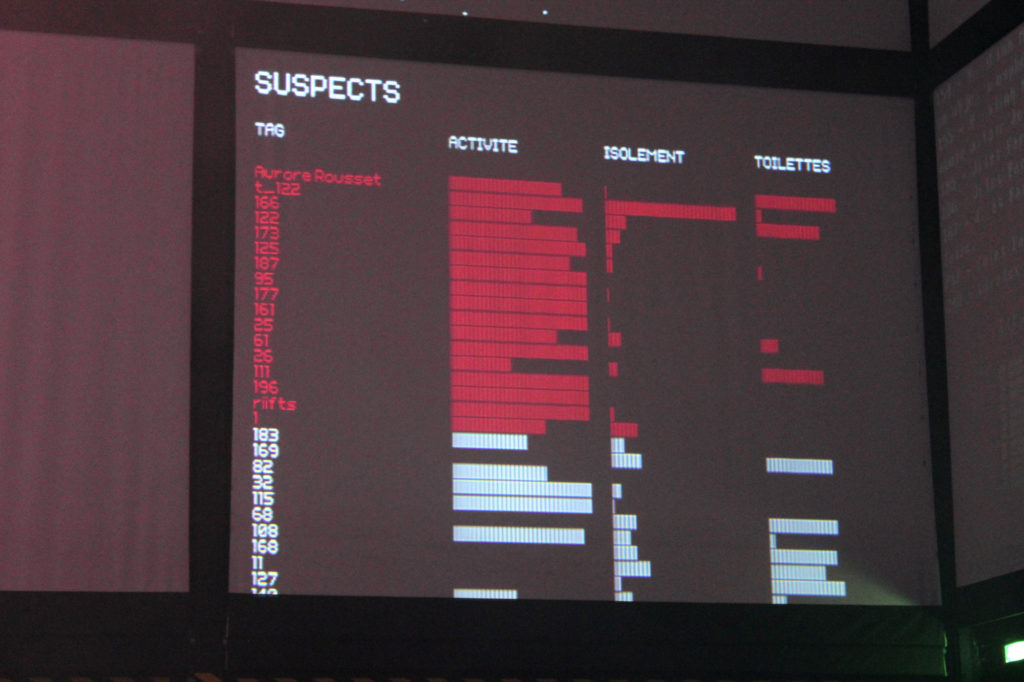 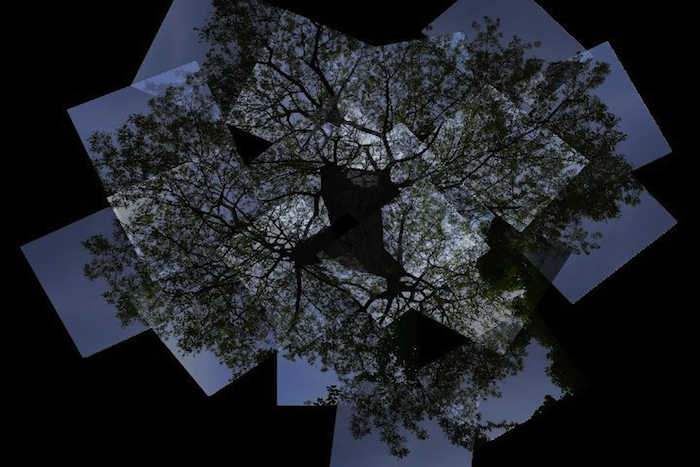 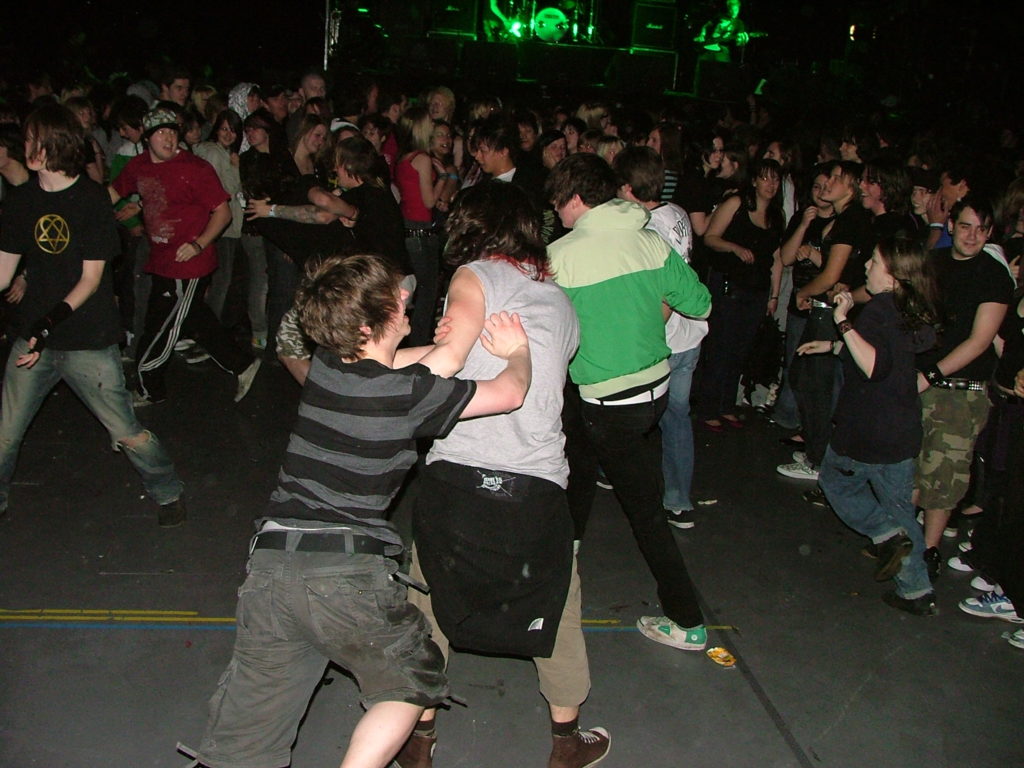 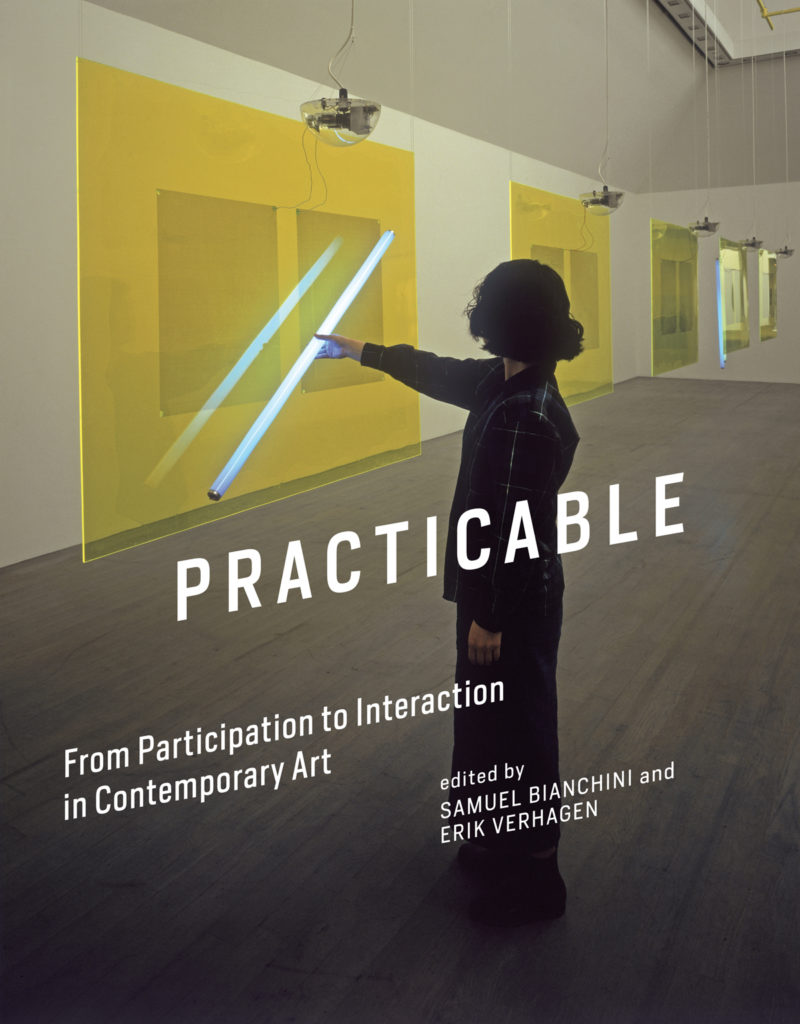 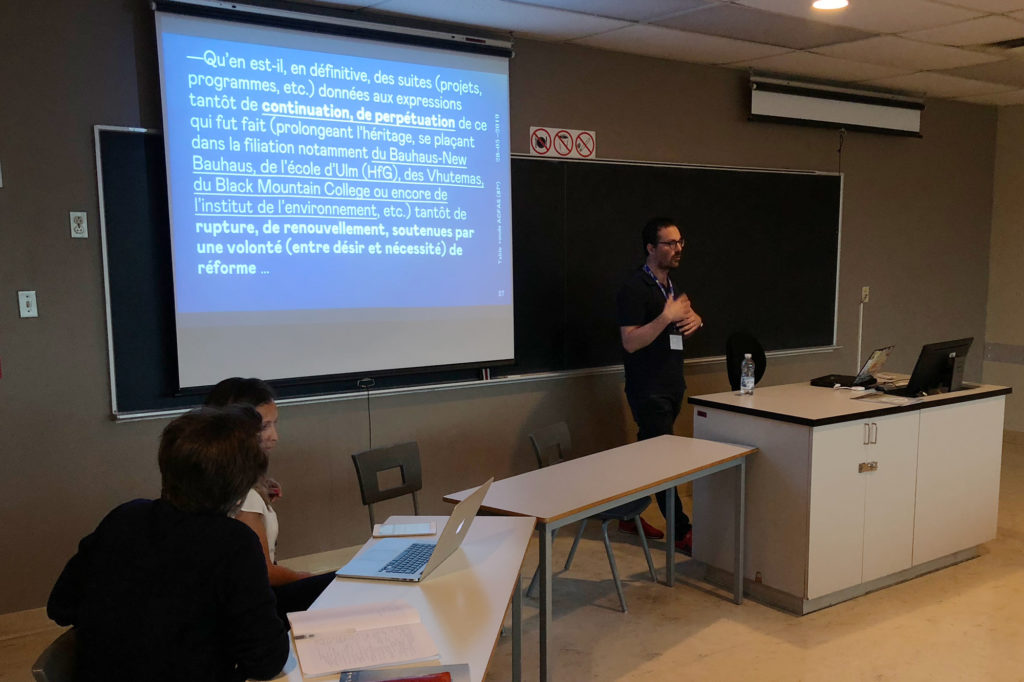 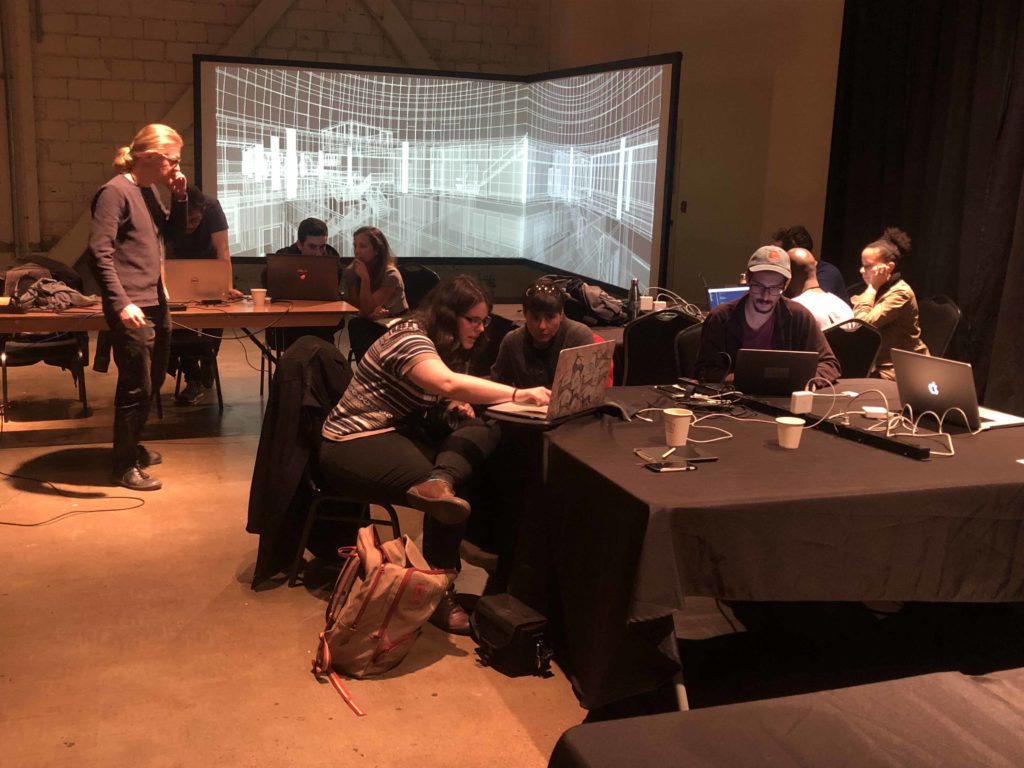 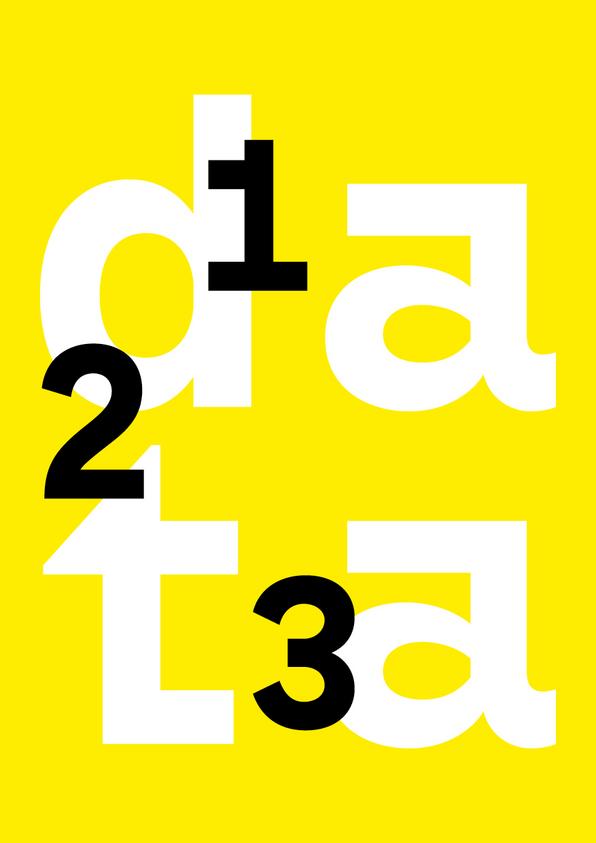 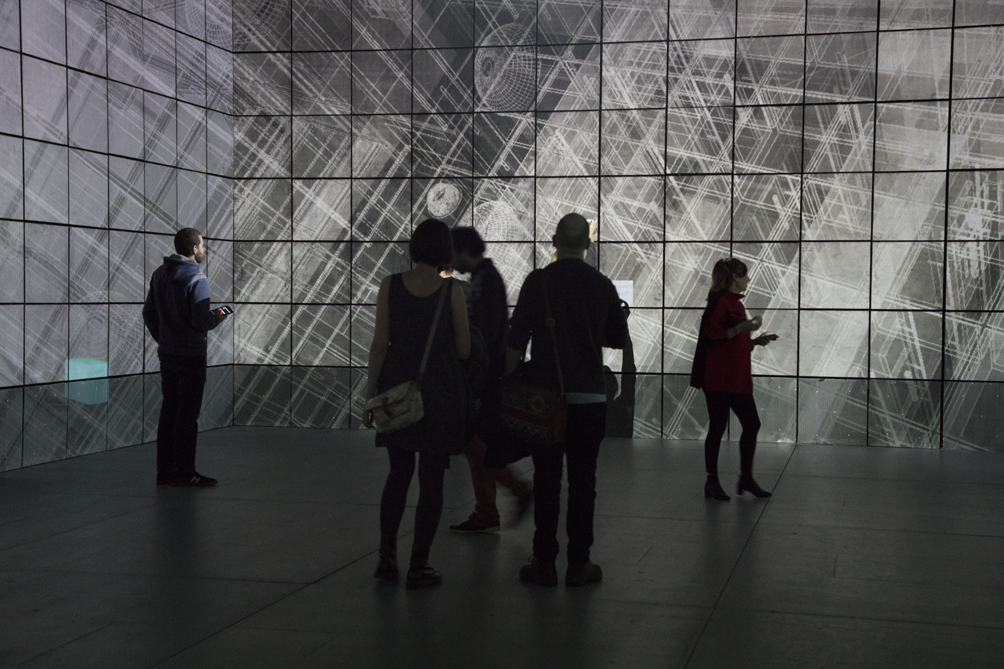