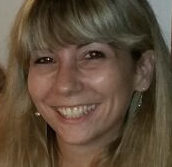 Cécile Bucher works as a freelance coder in the creative field and studies in parallel at Head (Haute école d’art et de design de Genève) in the visual arts department. She obtained a bachelor in illustration with distinction at the St-Luc Institute of Arts in Brussels in 2003, in Belgium, and a bachelor and master, in 2007 and 2009, in computer science at École Polytechnique Fédérale of Lausanne in Switzerland (EPFL). She has previously been working for many years at the Ars Electronica in Linz, Austria, as a creative engineer, where she had been involved in developing interactive installations mostly in C/C++ as well as creating concepts for interactive exhibitions. Before, she worked for the professor Frédéric Kaplan as a Research & Developer engineer where she contributed to the development of new interactive technologies. She participates today in the development of the robotic toolkit MisB Kit in within the Reflective Interaction group at EnsadLab and follows in parallel her artistic projects, often related to new technologies. She currently lives in Geneva, Switzerland.