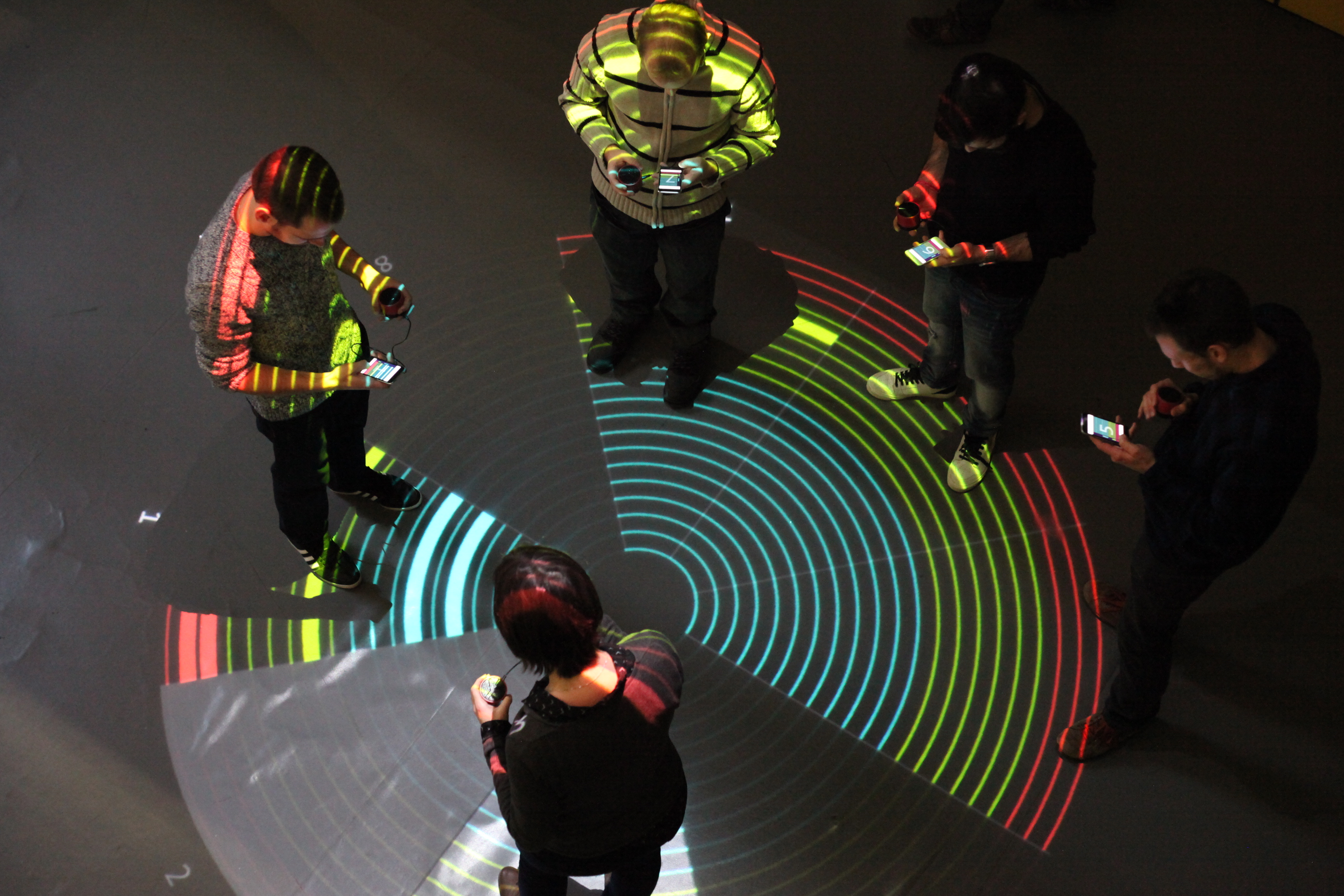 With works such as Kinoautomat by Radúz Činčera, SAM – Sound Activated Mobile by Edward Ihnatowicz, and Glowflow by Myron Krueger, artists have deployed, as early as the 1960s, art installations engaging novel situations of collective co-located interaction, i.e involving multiple or even many spectators interacting in the same place via and with a digital apparatus. The number of those works has continued to increase since the beginning of the 21st century, taking advantage of the new opportunities offered by advances in real-time computer vision technologies and the advent of ubiquitous computing marked by the multiplication and interoperability of mobile computing devices. While experiences in this area are more and more frequent, they have not yet been the subject of structured analysis and, even less, of proposals for dedicated tools and design methods. How can we, nowadays, conceive such interactive art installations whose intrinsic complexity involves questions of the technical, social, cognitive and aesthetic order?

This dissertation draws on previous work in the fields of human-computer inter- action (HCI), computer-supported cooperative work (CSCW), and interactive arts research with the aim of increasing our knowledge of the challenges faced both by art practitioners and participants in such collective interactive installations, and, beyond, the designers of apparatus in a promising future. A set of tools and guidelines are proposed when designing collective co-located interactions for digital art installations. First a classification system is developed centered on the most decisive aspects that allow the emergence of a collective experience. Two distinct approaches are then explored to find the bases of a graphical modeling language for the design and analysis of such apparatus. Build on top of Petri nets, the second approach supports modeling the spatial and material resources of an installation, as well as the human-machine, human-human and human-machine-human interactions.

The investigations conducted for this research have required laying particular emphasis on the conditions — whether spatial, material, or human — which affect the ability for participants to co-construct a common aesthetic experience in the absence of orchestration or a preannounced goal to be achieved. While this singular approach primarily concerns interactive arts, it may be relevant to a wide range of research communities, including, and foremost, that of HCI, as well as CSCW, New Interfaces for Musical Expression (NIME), interaction design, and even culture, museography in particular.