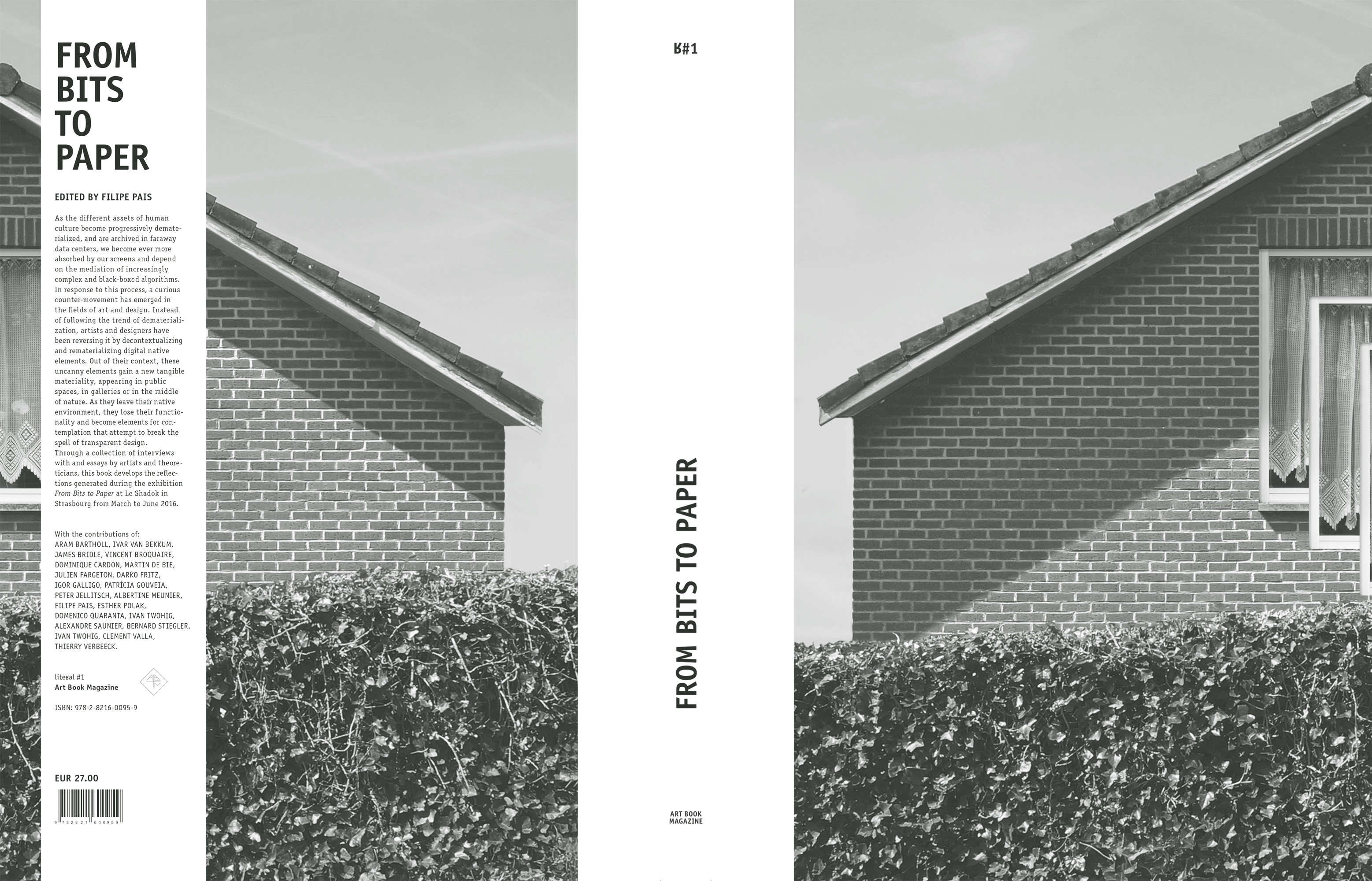 As the different assets of human culture become progressively dematerialized, and are archived in faraway data centers, we become ever more absorbed by our screens and depend on the mediation of increasingly complex and black-boxed algorithms. In response to this process, a curious counter-movement has emerged in the fields of art and design. Instead of following the trend of dematerialization, artists and designers have been reversing it by decontextualizing and rematerializing digital native elements. Out of their context, these uncanny elements gain a new tangible materiality, appearing in public spaces, in galleries or in the middle of nature. As they leave their native environment, they lose their functionality and become elements for contemplation that attempt to break the spell of transparent design.

Through a collection of interviews with and essays by artists and theoreticians, this book develops the reflections generated during the exhibition From Bits to Paper at Le Shadok in Strasbourg from March to June 2016. 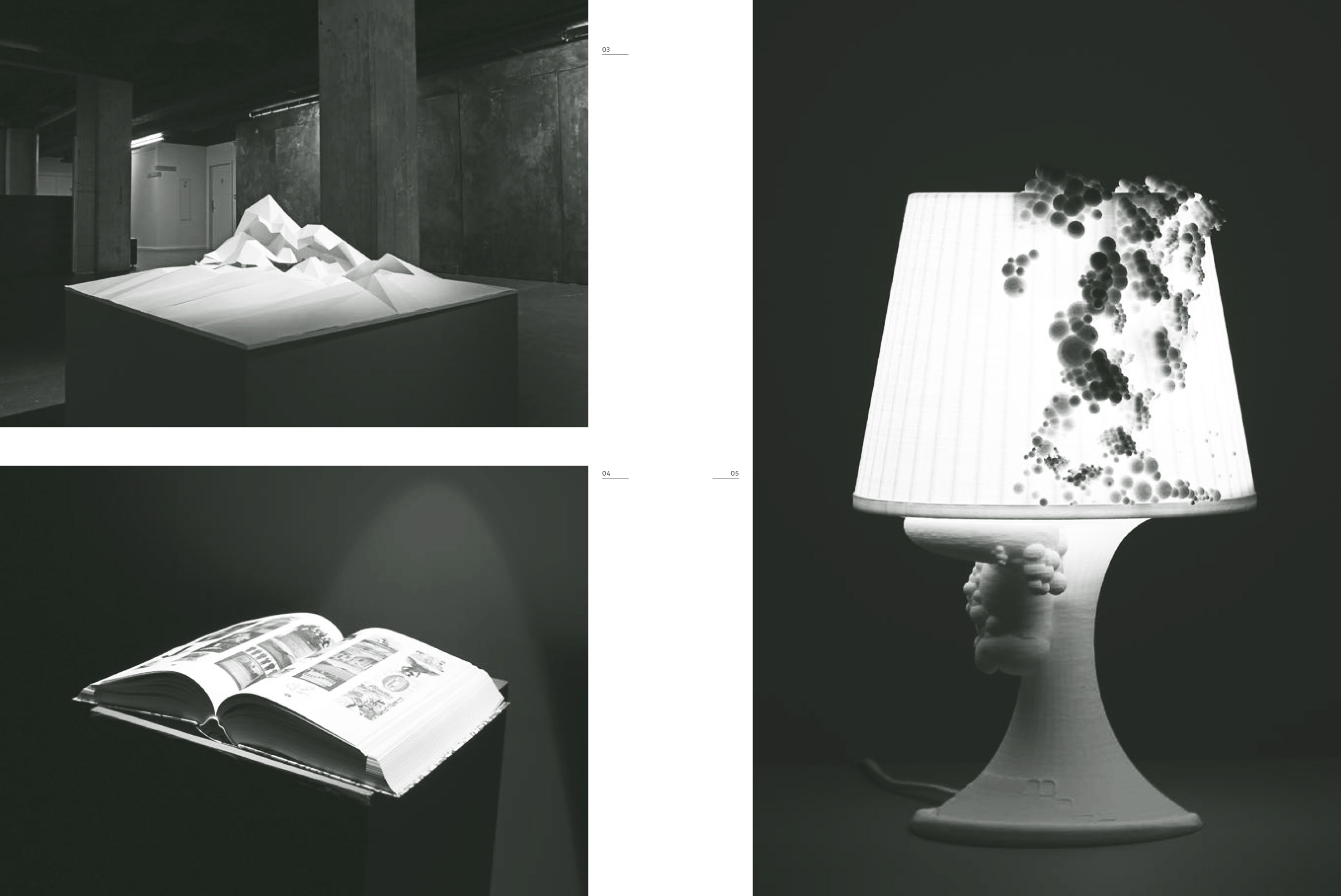 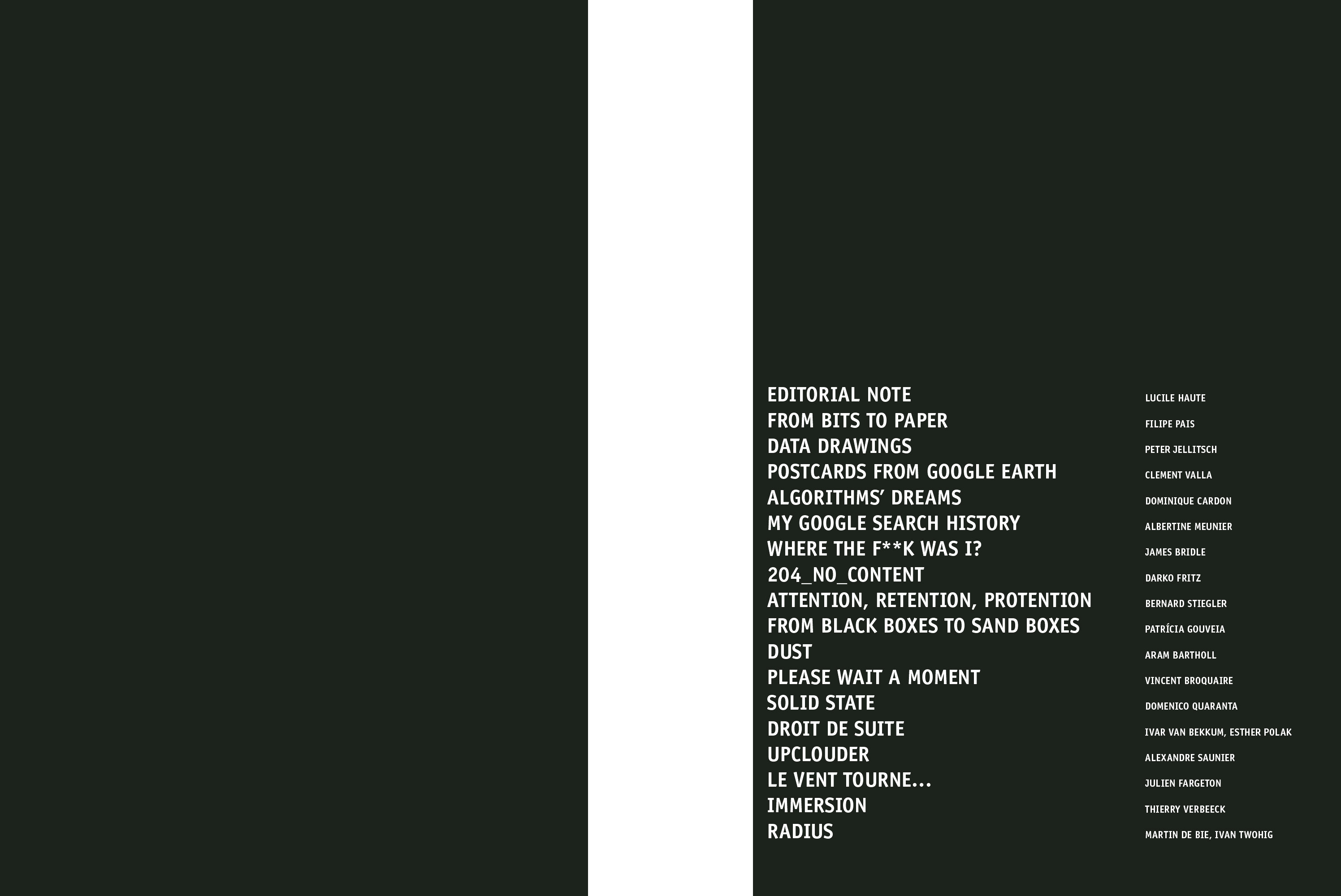 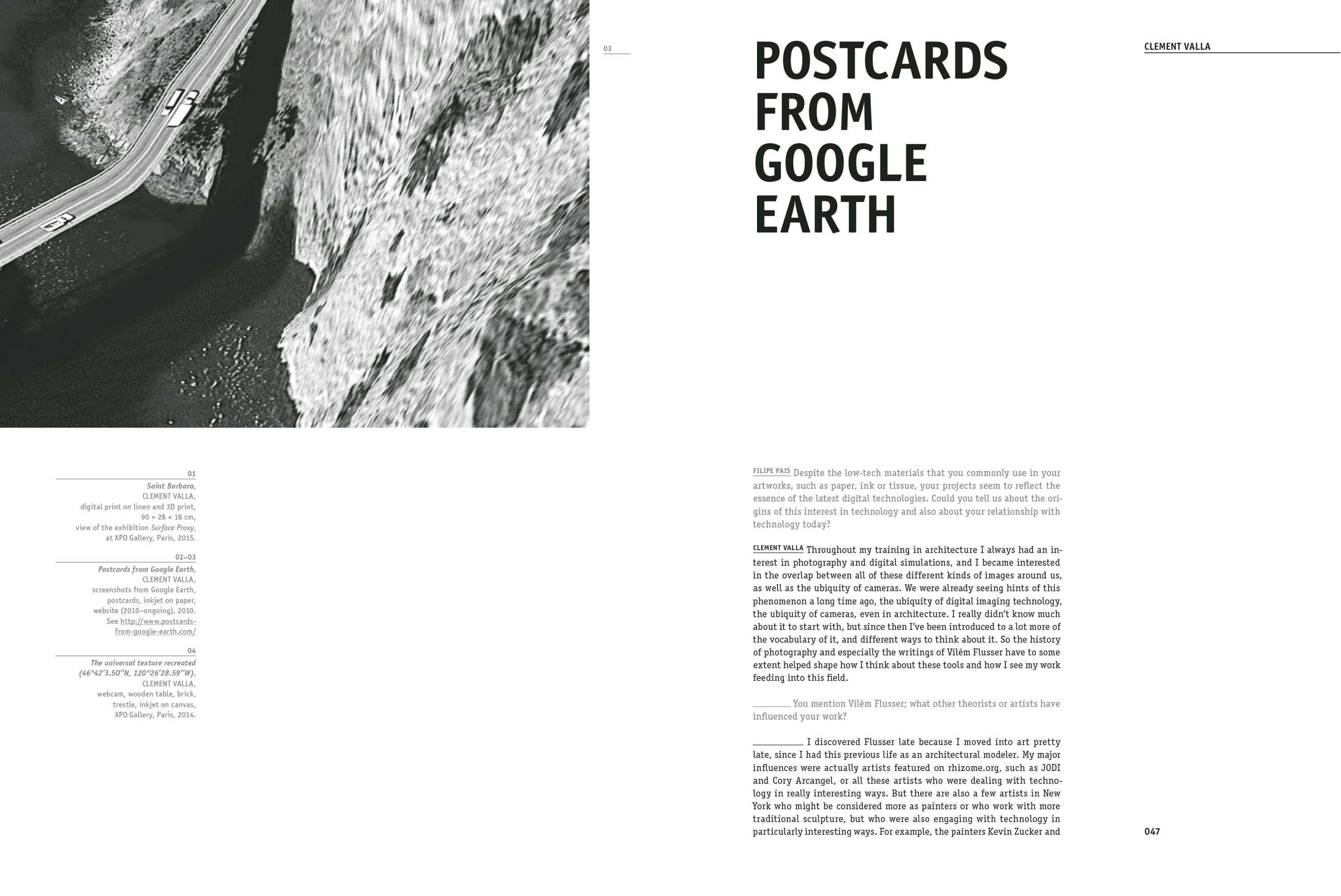