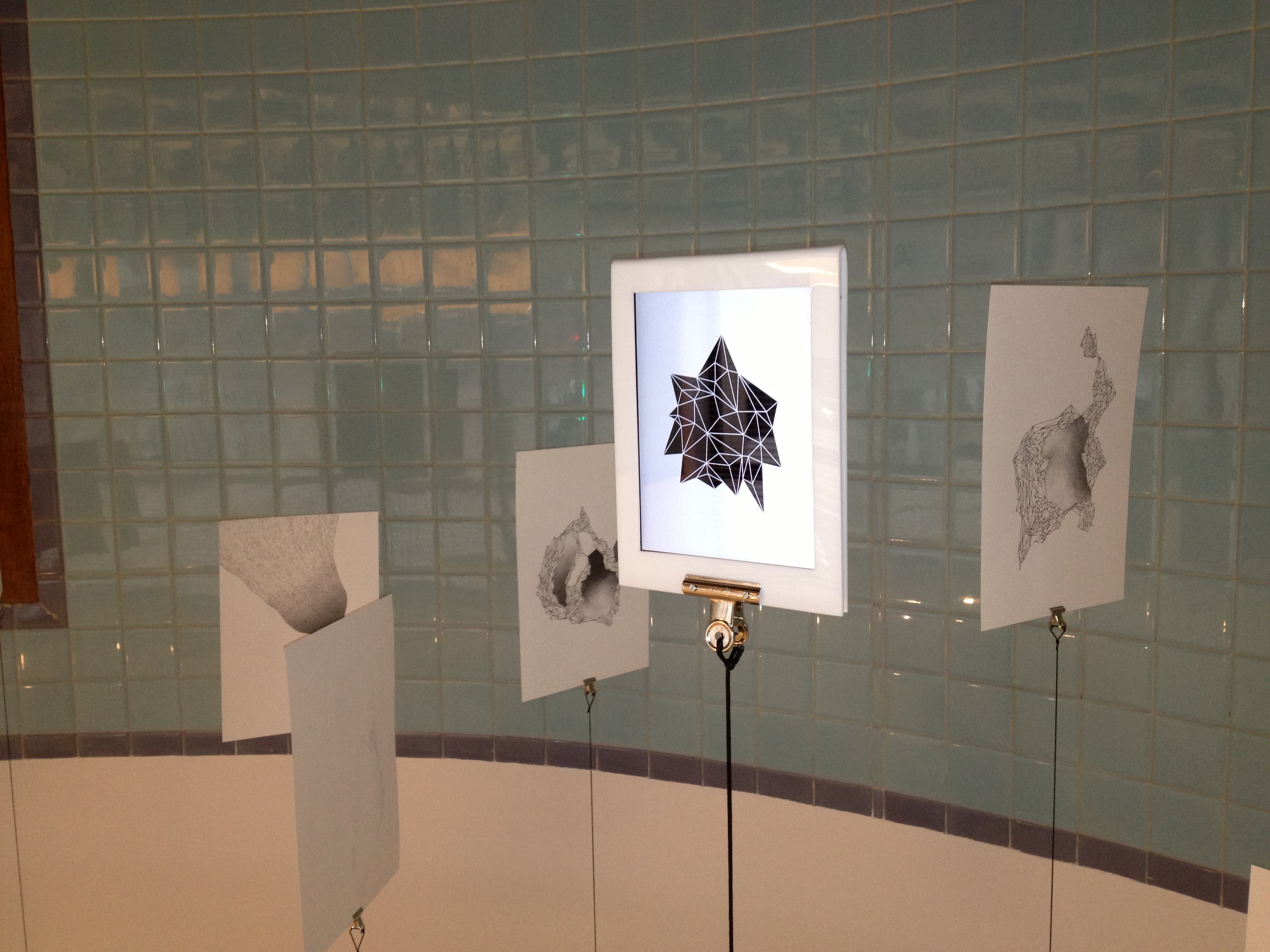 Inspired by Alexander Calder’s mobiles, this device was created for an exhibition in Nantes, in 2012. In an old butchery, a series of paper drawings by Thibault Conan were hanging on the hooks still present. In the middle, we discovered a screen, also suspended by a thread. The object turned slightly on itself, and then revealed an animated image according to its movement. A reflection on the mobility awareness of mobile screens. 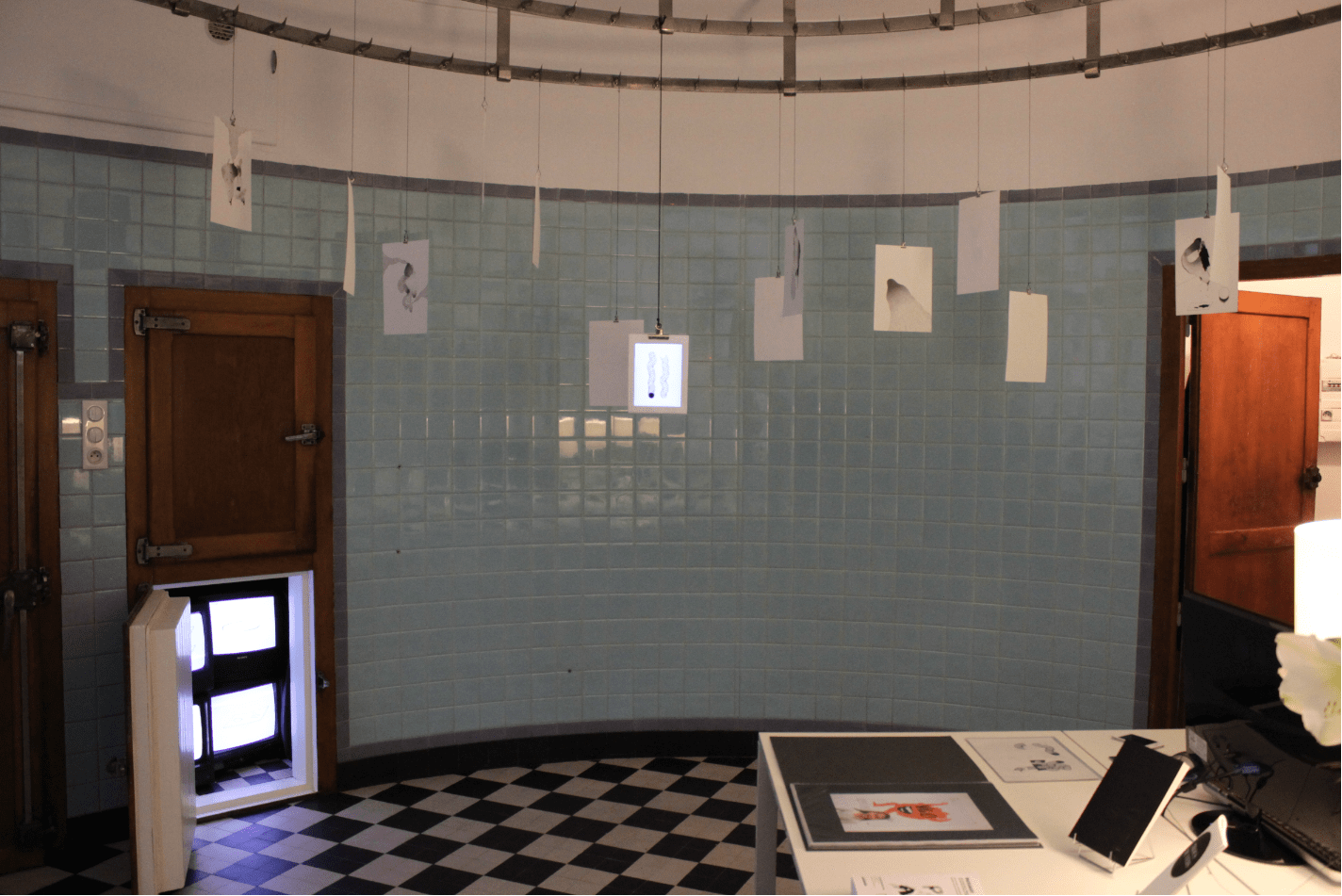 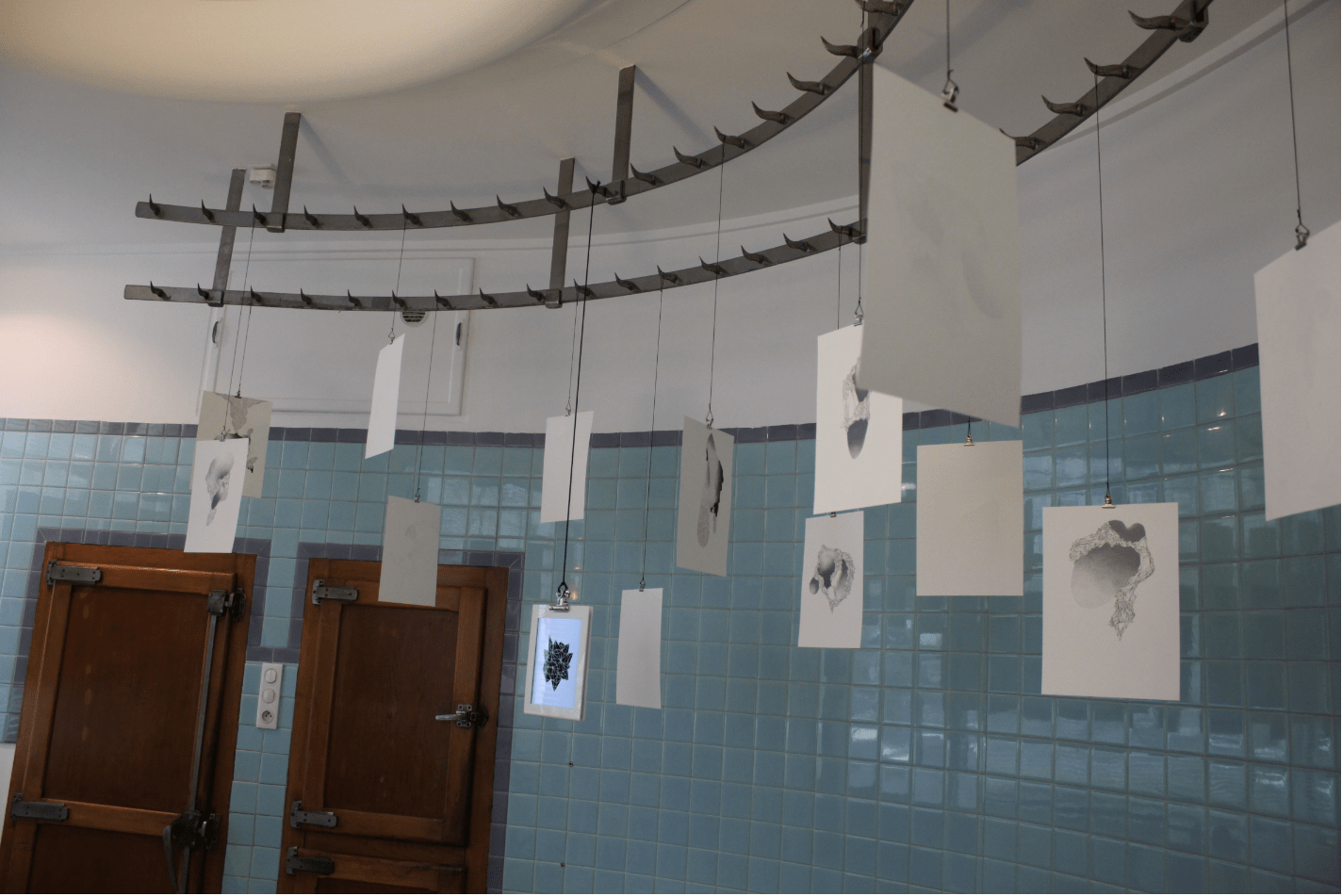