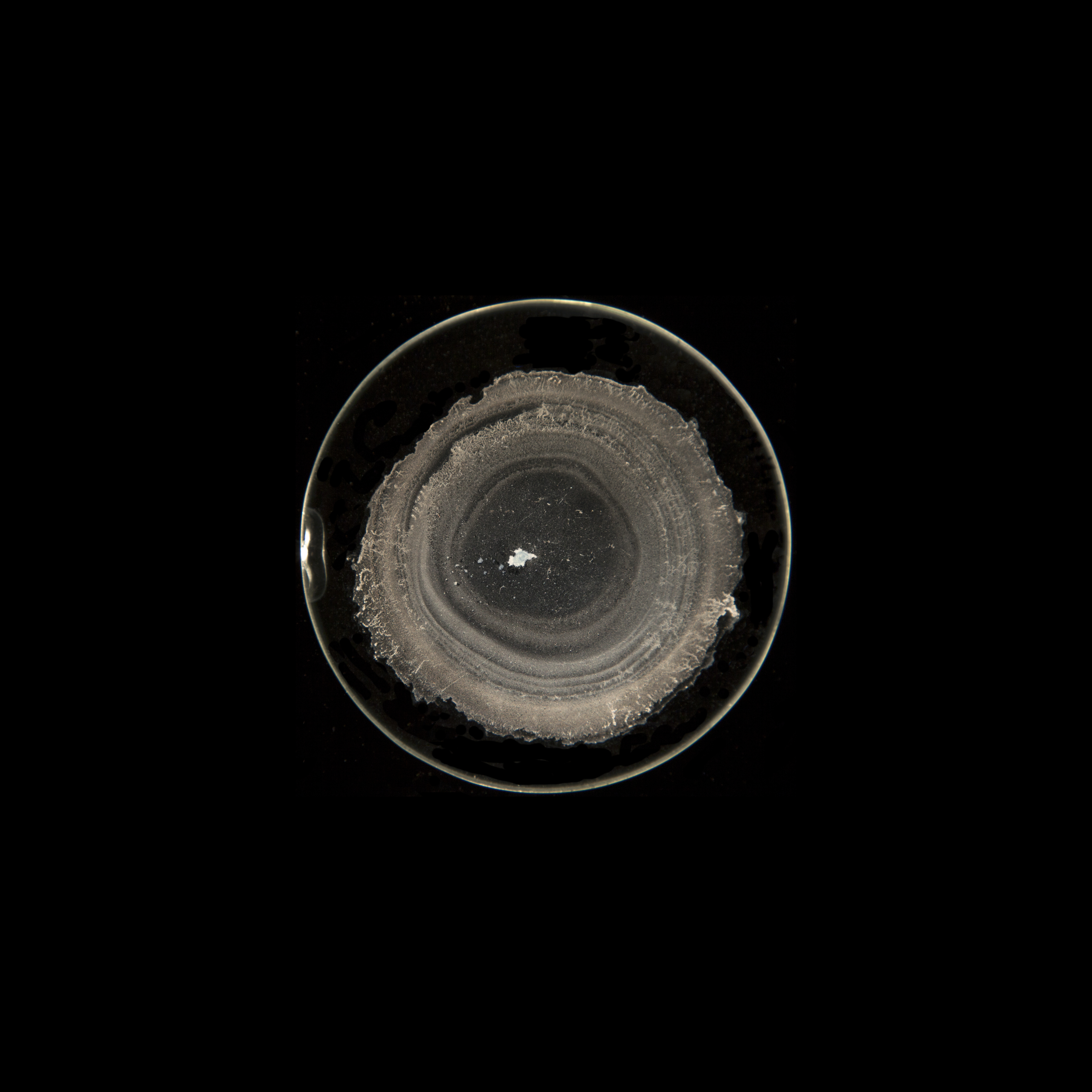 Stromatholites are sedimentary rocks built by the photosynthetic activity of certain micro-algae. These structures are among the first recordings of the living. Stromatholites #1 is a first experiment on this theme, mixing protocols, scientific documents and artistic experiments.

Watch glasses (laboratory equipment shaped in concave glass) are filled with Groeomargarita cultivation. As a result of complete evaporation of the liquid, we get a mineral residue. These limestone structures are photographed with a binocular magnifying glass and presented next to the original watch glass. In the exhibition space, a first screen shows the presence of limestone in these structures (a drop of hydrochloric acid dissolves the limestone). A second screen is connected to the webcam which films the Pitch Drop experiment (1927). The third screen shows a video of the Gloeomargarita strain, filmed in the laboratory.

These “stellar” forms confront us with our limited knowledge of the origins of the living world. They also reveal our inability to perceive a material reality outside our own temporal reference frame. 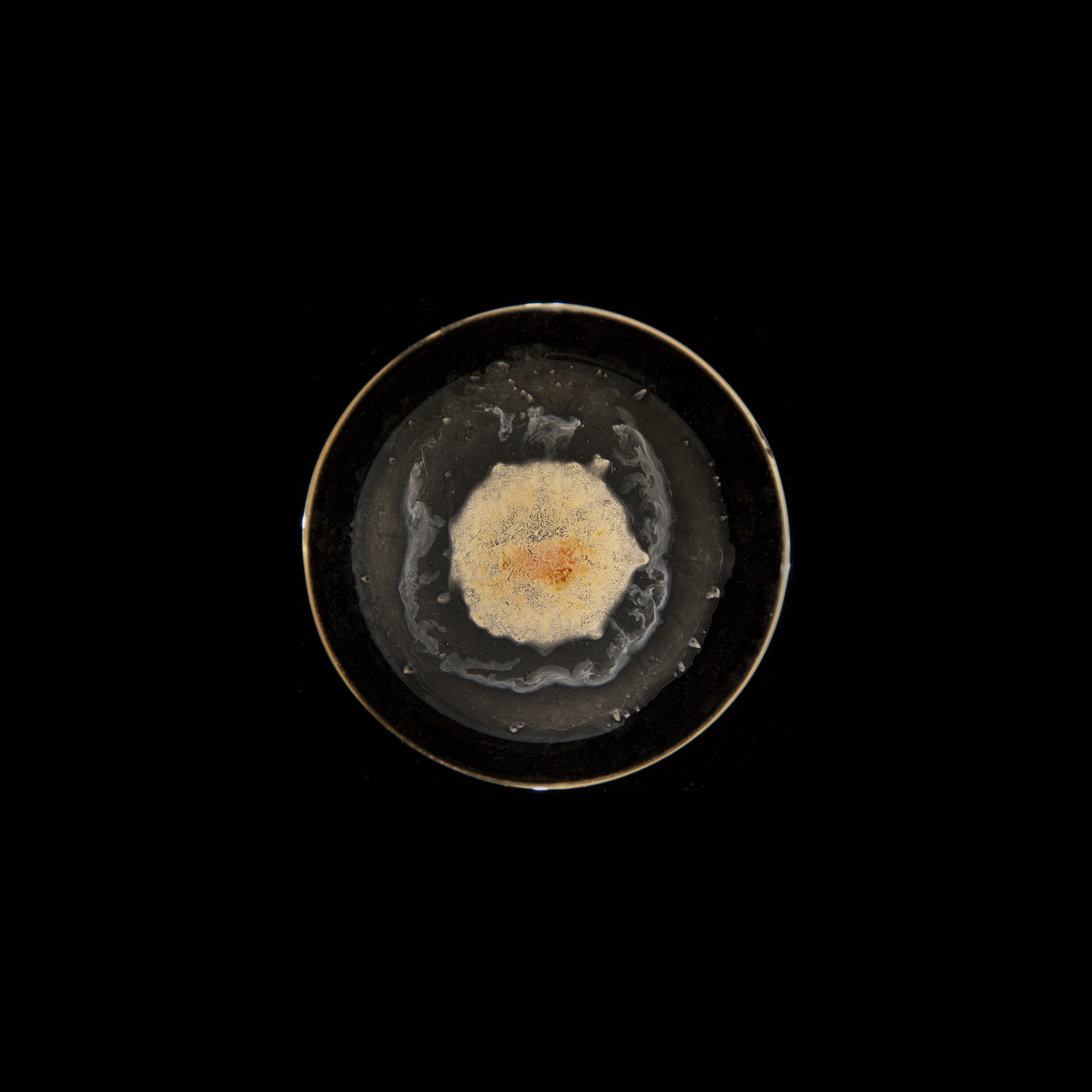 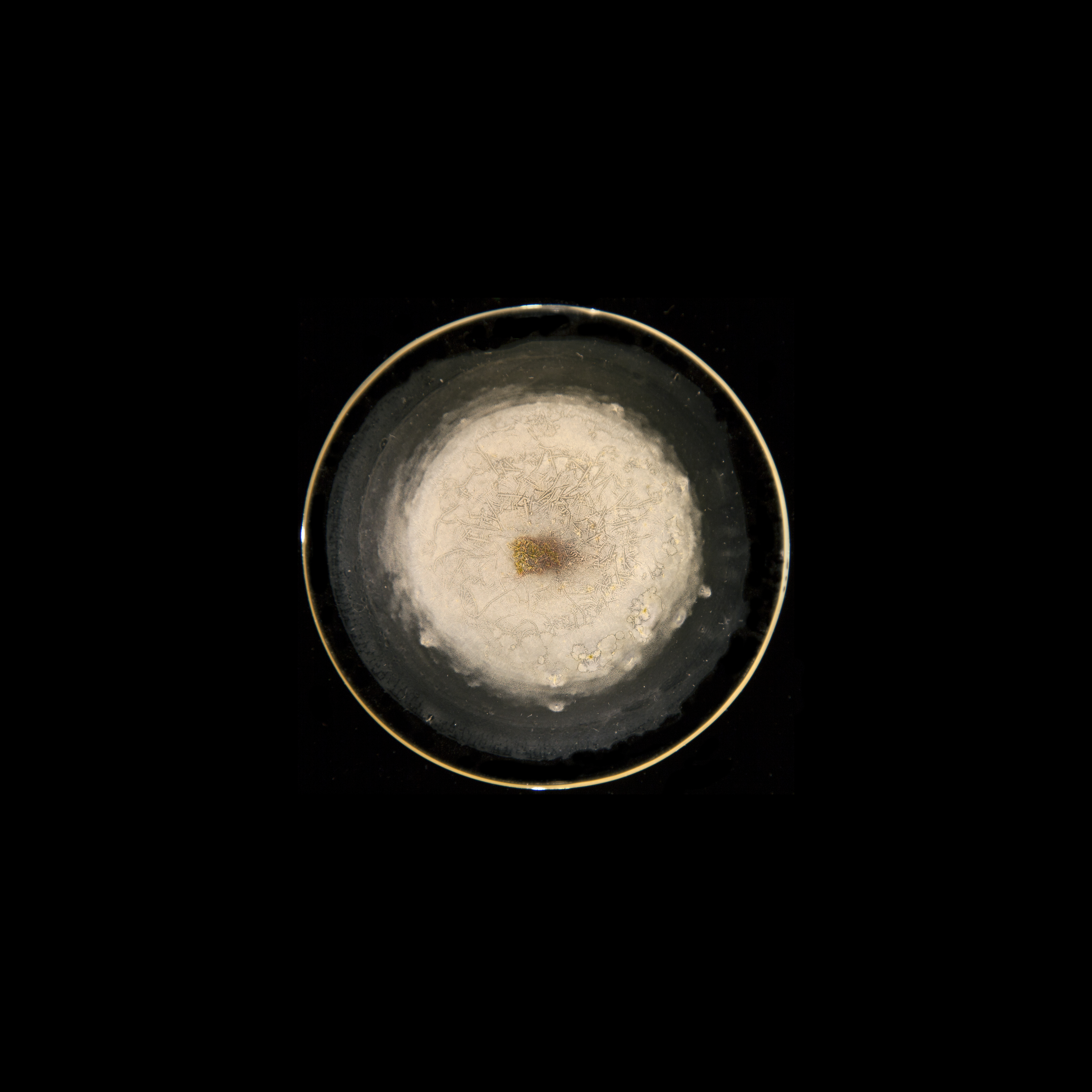 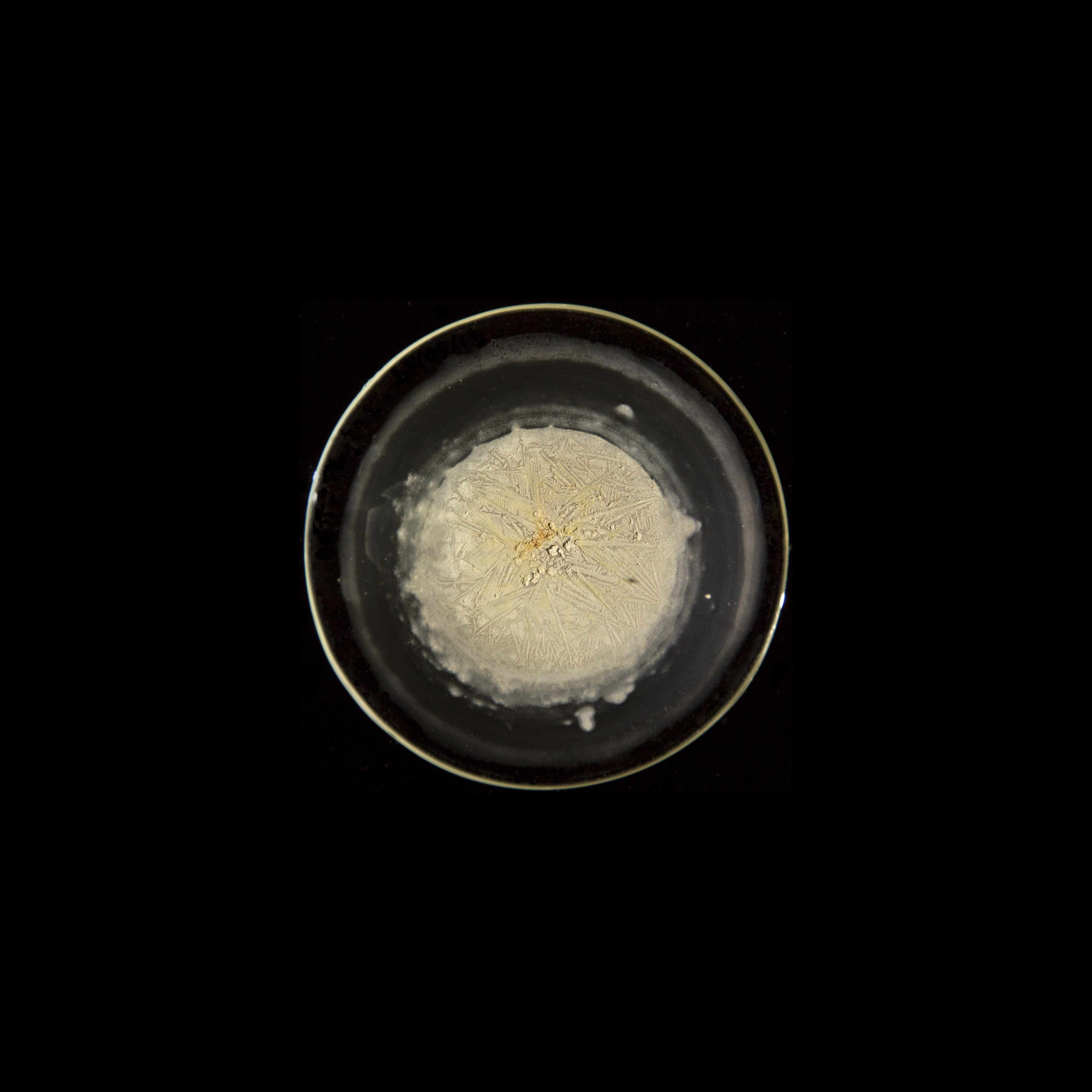 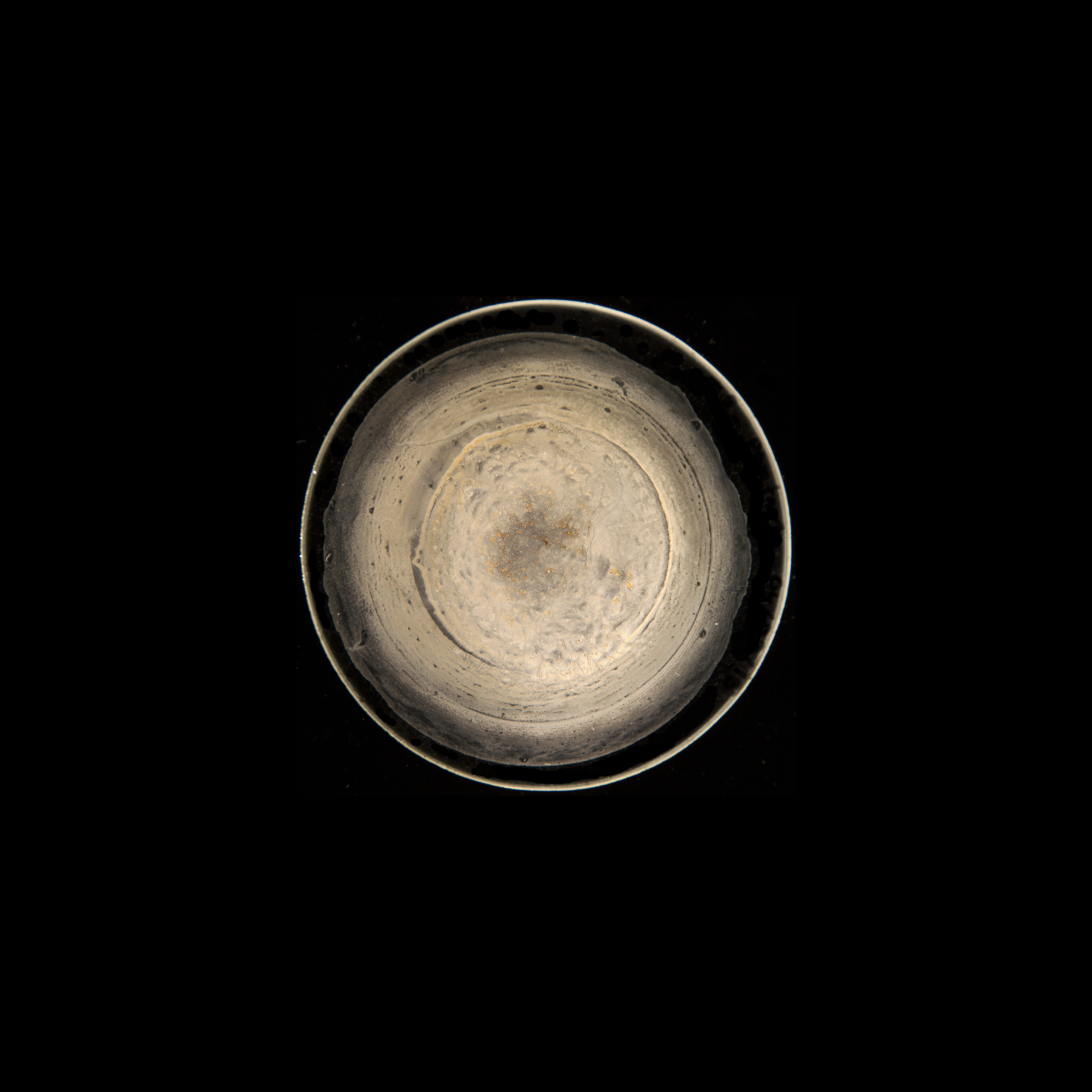 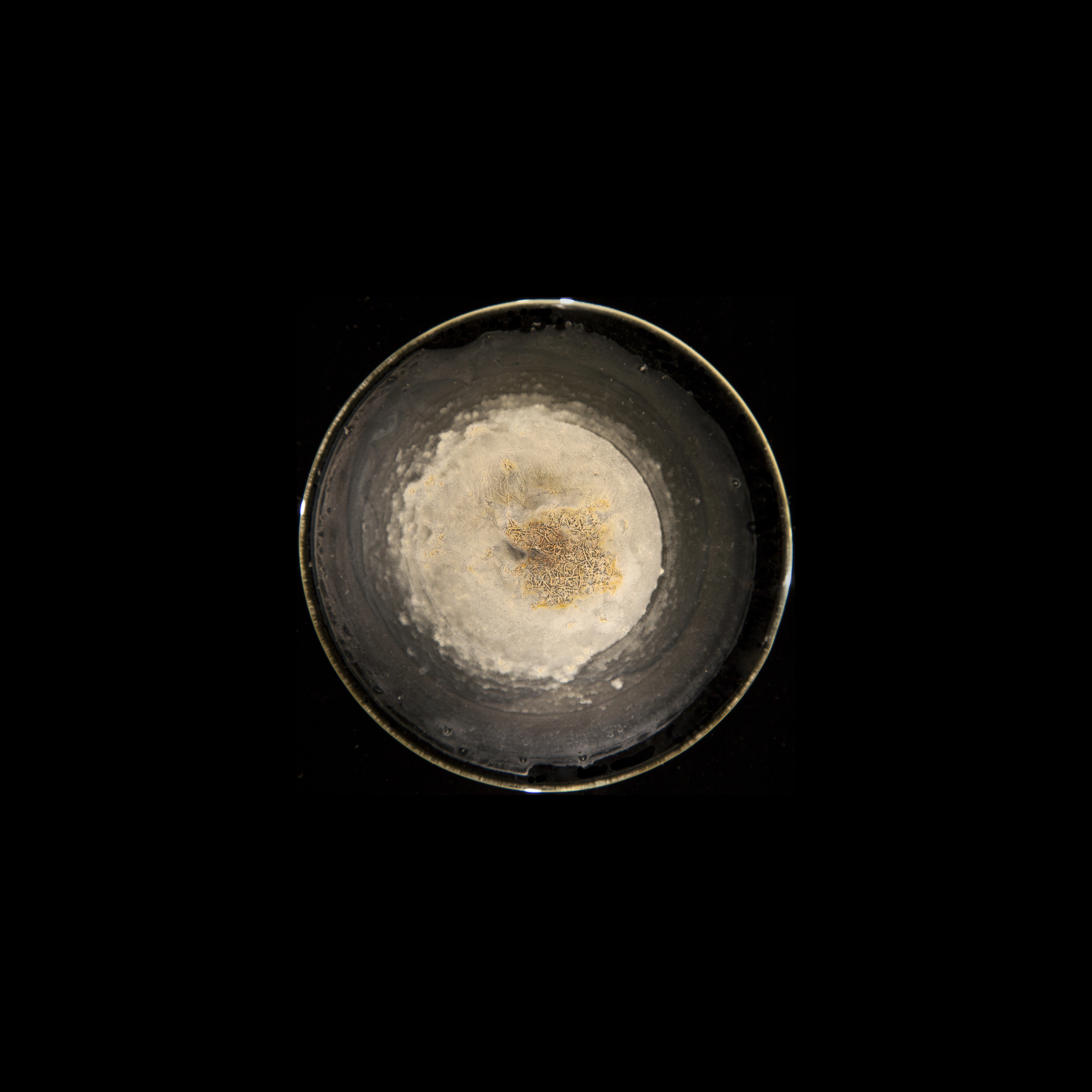 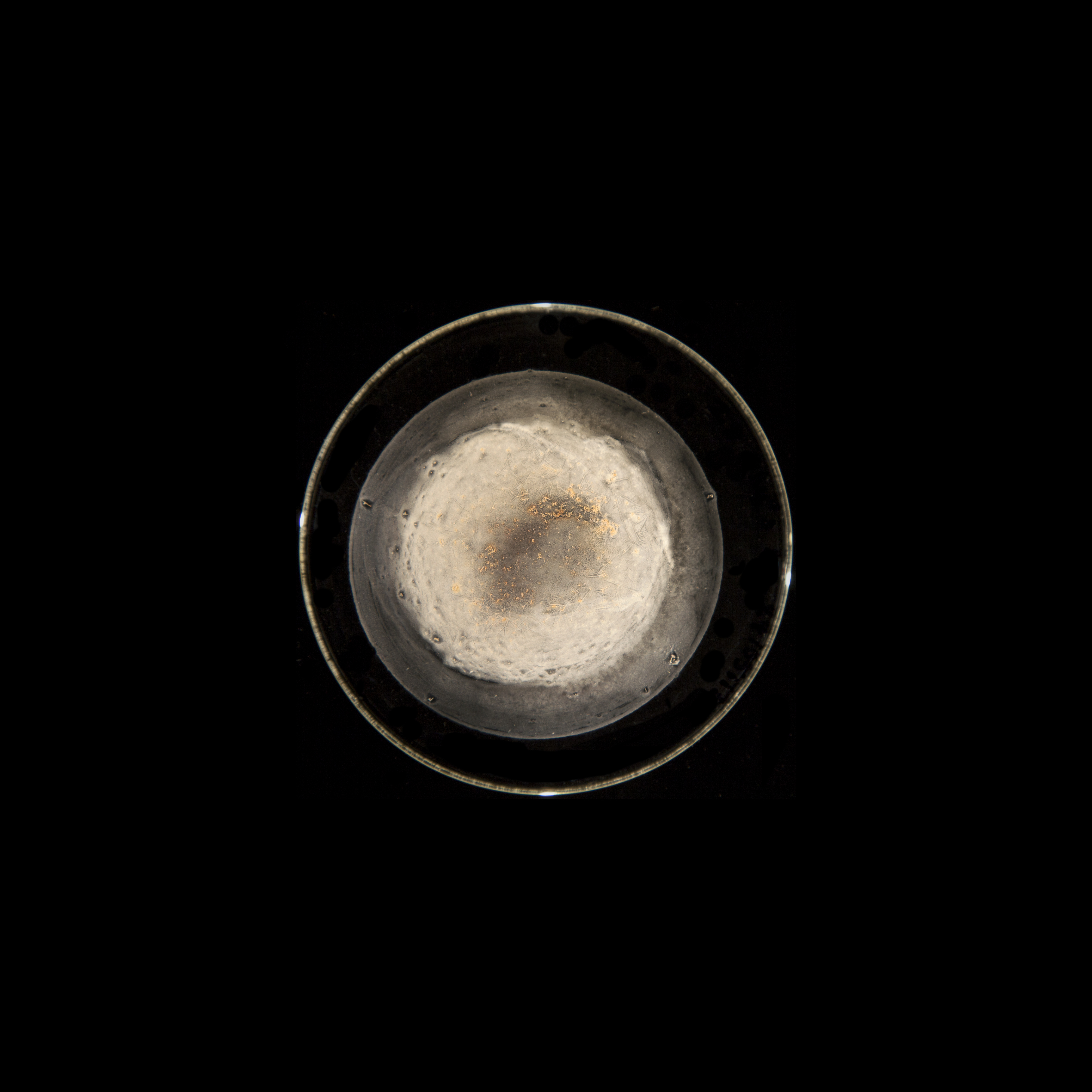