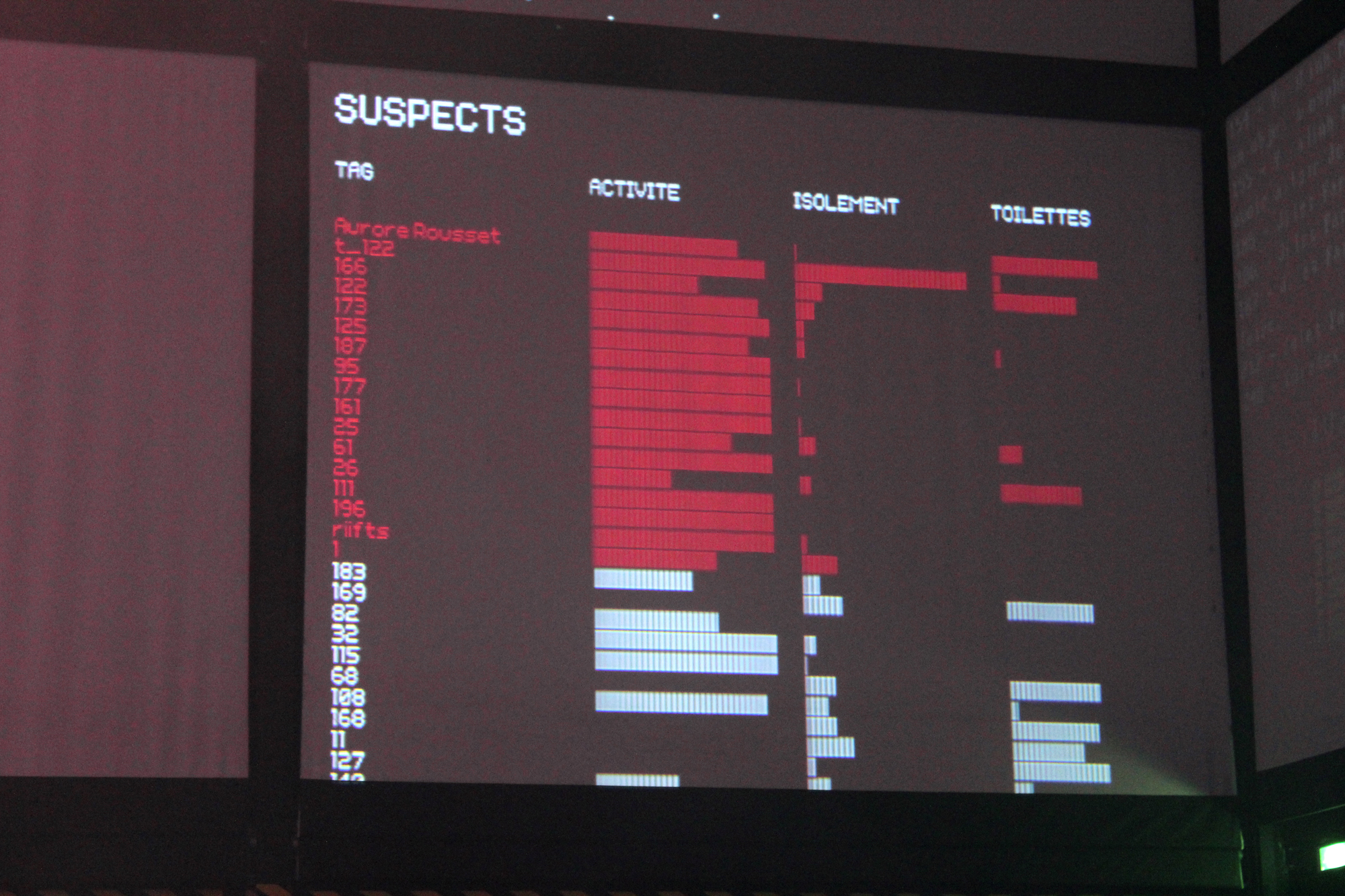 Project developed as part of research on the Large Group Interaction at EnsadLab/DRii (now Reflective Interaction), and during Futur en Seine at Gaîté Lyrique, on June 24, 25, 2011.

Contribution to Samuel Bianchini’s Discontrol Party project. Discontrol Party is both an electro party and a live experience on new identification technologies: infrared cameras and RFID chip detectors detect the public, its identities and its movements. All these data influence the DJ set mix, in a festive, reactive and interactive environment.

SUSPECTS is a program to detect and list suspicious behaviors noticed during Discontrol Party. Are we all potential terrorists, how do we prove our innocence? What does it mean to be suspicious during a festive event? Out-of-average behaviour? The computer analysis makes it possible to release behavioural statistics, the latter is increasingly left in the “hands” of engineers and machines so algorithms are developed to identify these potentially suspect behaviours: going to the toilet, sitting in a corner, dancing all night, not going to the toilet, not sitting in a corner, not dancing all night… 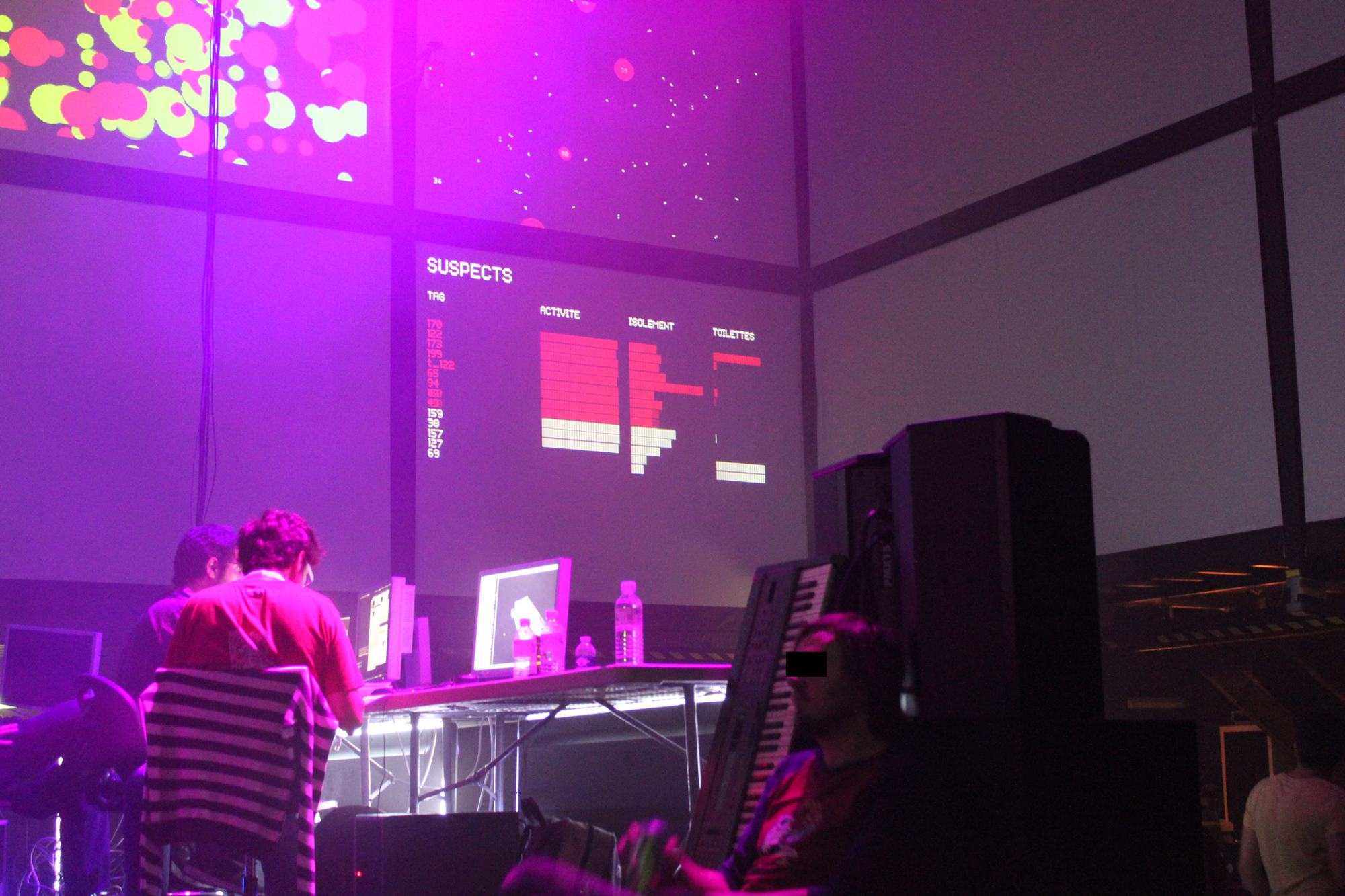 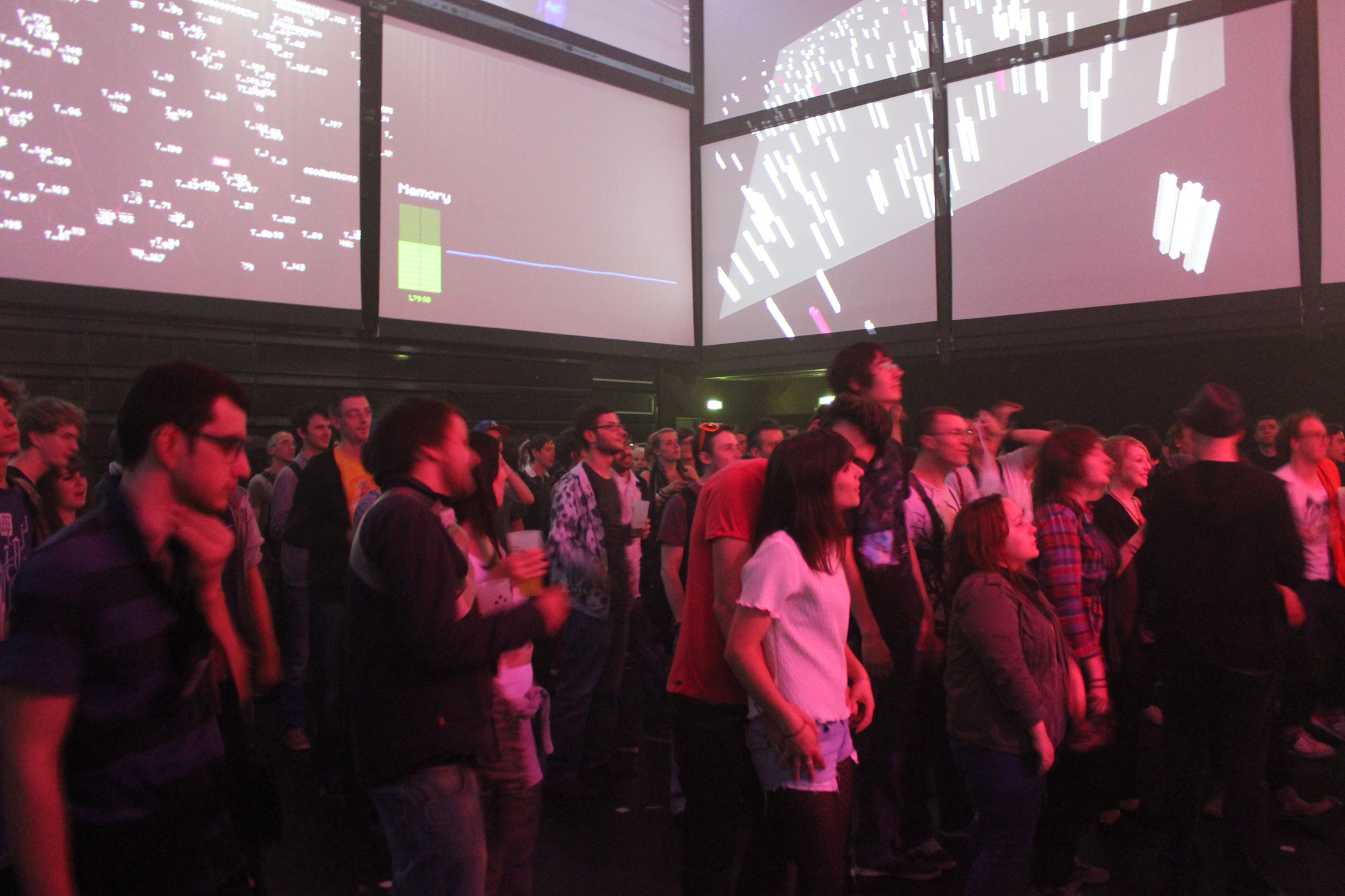 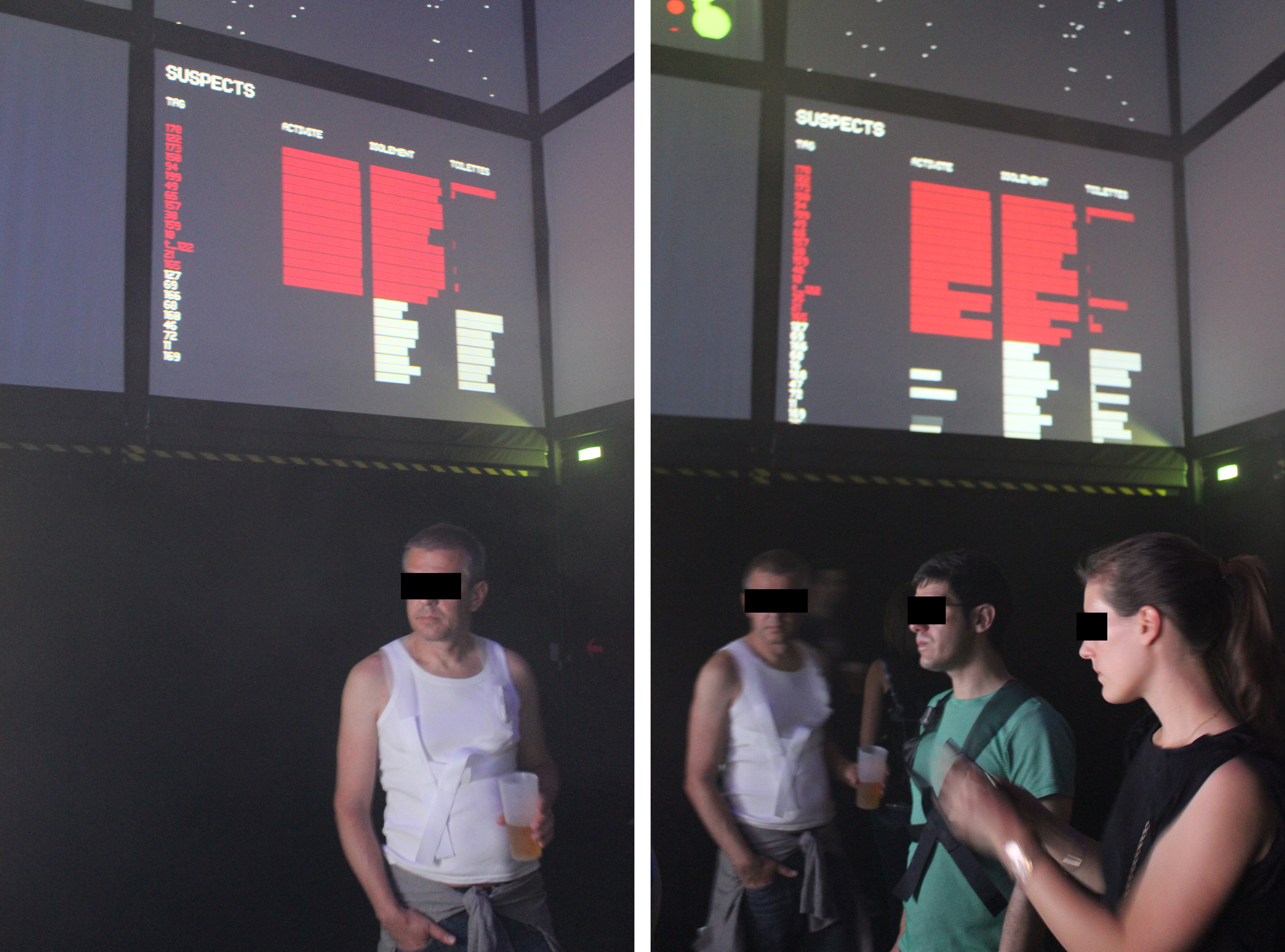