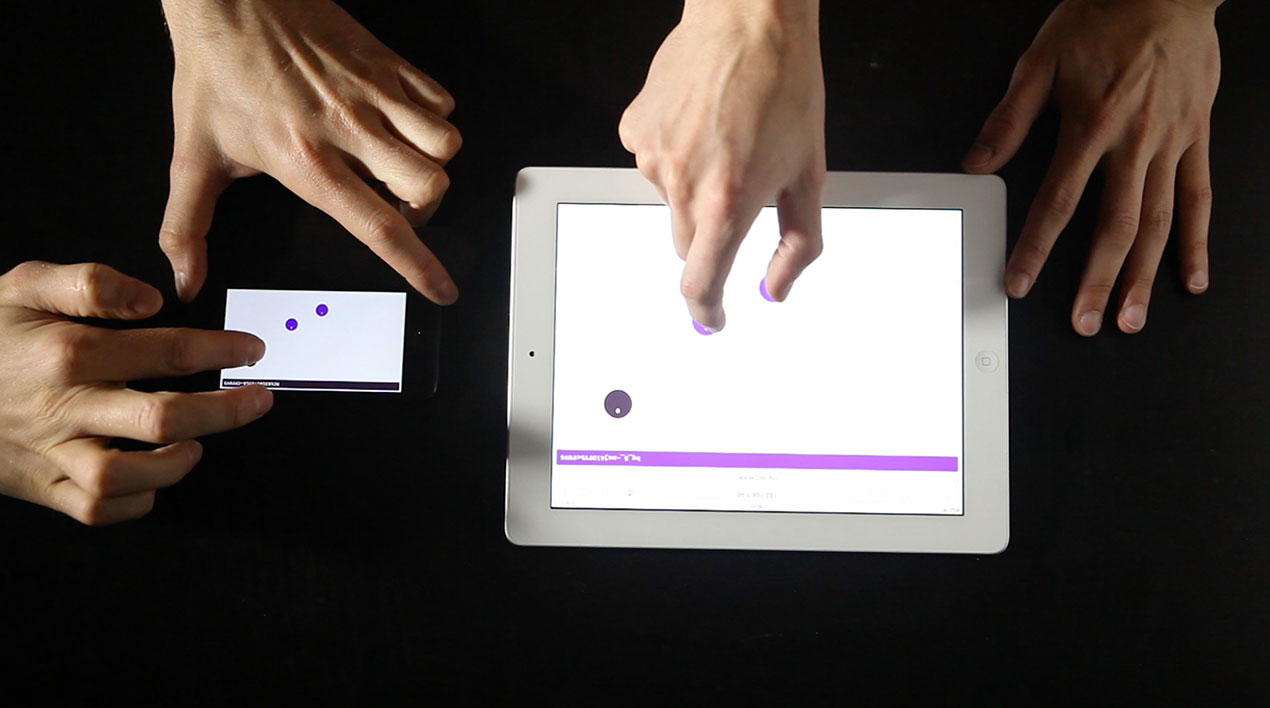 During my second year as a researcher at EnsadLab in Paris, I explored movement on a touch-sensitive surface and the notion of touch itself. I tried to make the users “touch” through the use of multi-touch screens connected with each other. When several users have their fingers placed at the exact same place on their respective screen, a form of “touch” appears. The device’s goal is to experience haptic actions and relationships between several persons.