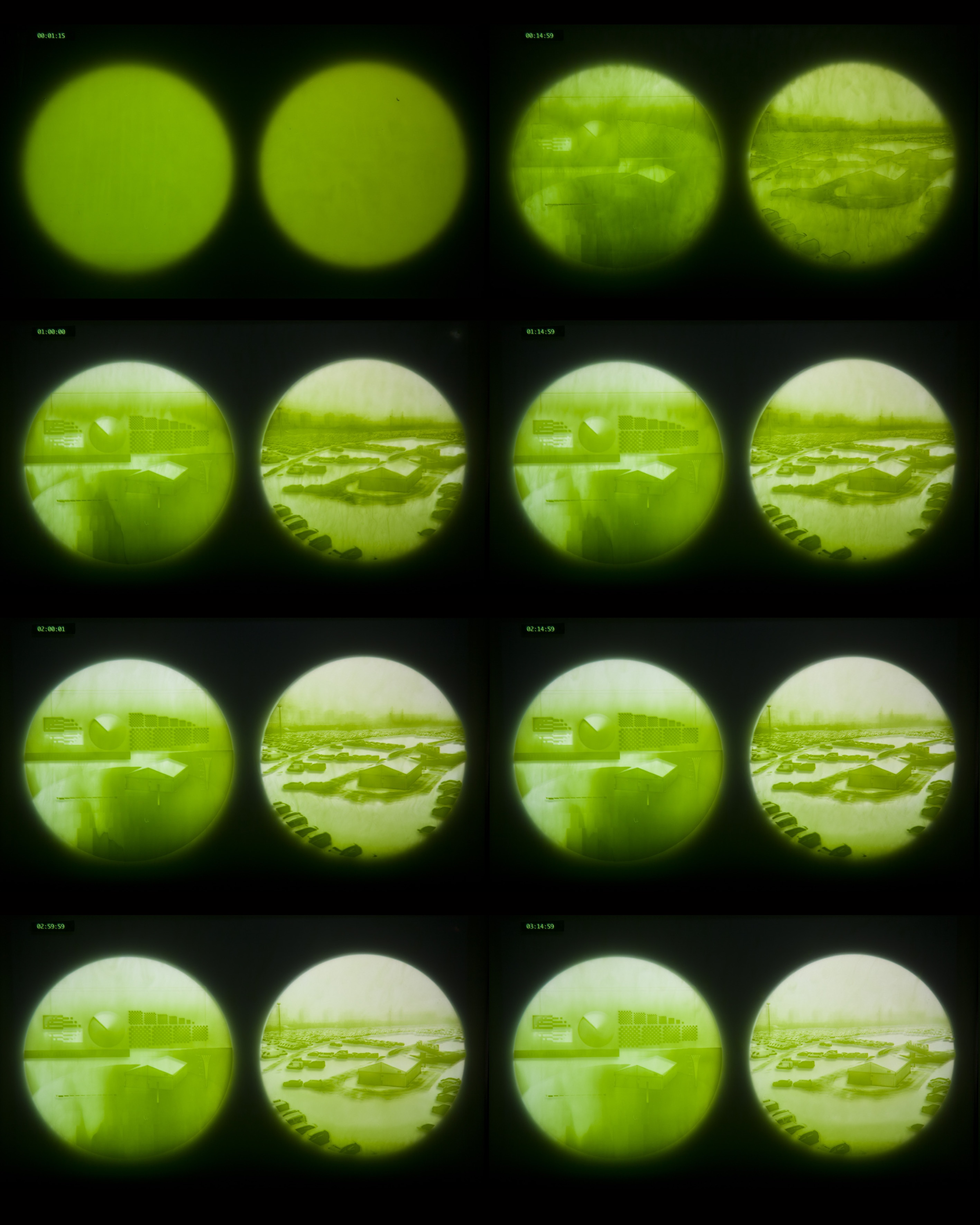 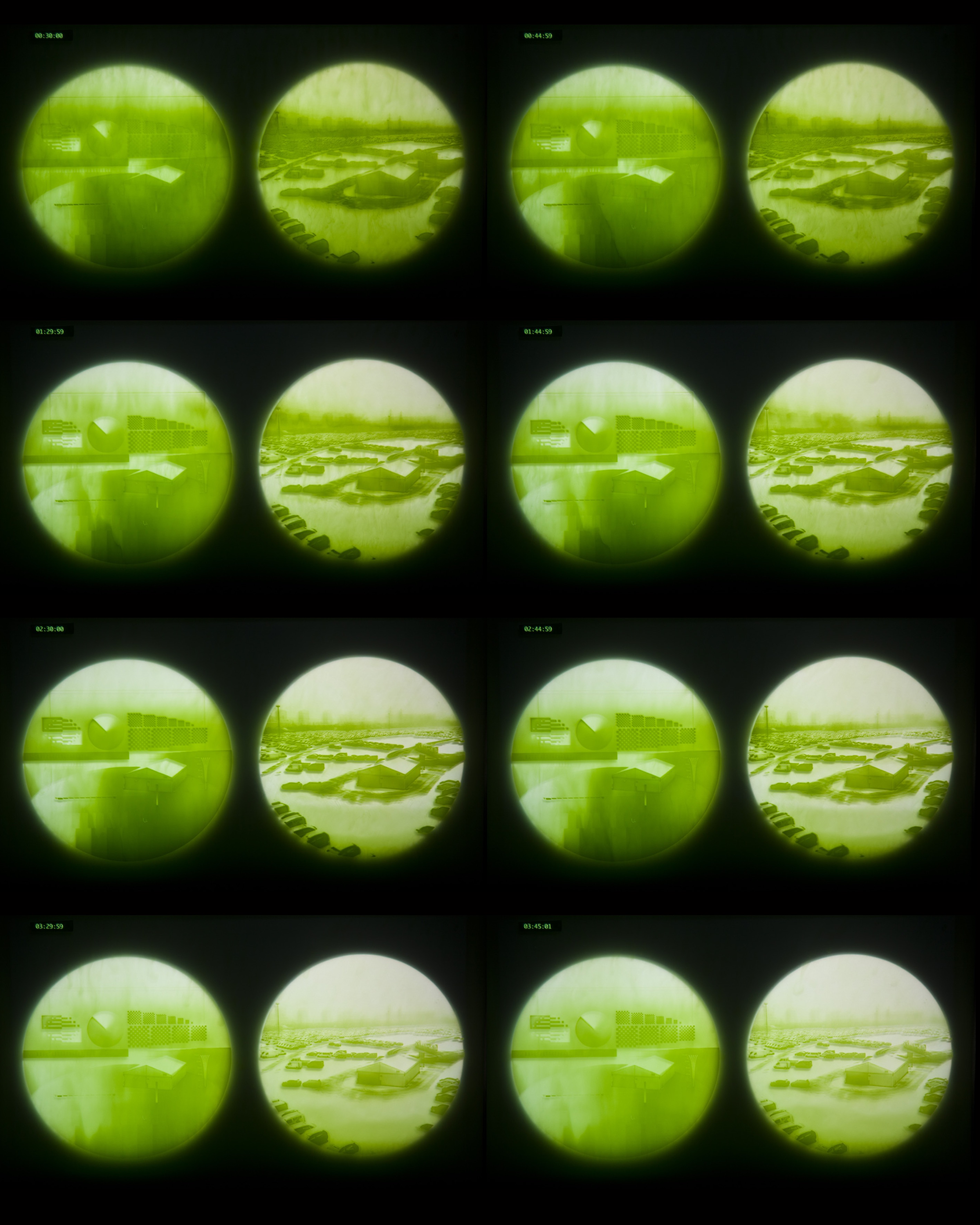 In collaboration with Benoît Verjat

This research is conducted as part of the SACRe PSL Research University PhD, with the support of the Reflective Interaction group (EnsadLab) and the CCE laboratory of Muséum National d’Histoire Naturelle.

An Algaegraphy requires the projection of an image on the algae culture. This superimposition of images does not make it possible to observe the behaviour of the cells. To observe the living image formed by algae and photograph it, we need to shed light on the crop with a flash of light. We imagined a dual system of exposure and synchronized recording. A computer synchronizes the projection of the image (video projector) and the capture (camera) through a set of applications that activates the different steps.

By repeating the operation over the entire experiment, we managed to obtain a time lapse of the movement of the algae. Thanks to a system capable of collecting live images in real time, we can visualize the formation process during its completion.